Marcelo Bielsa made the unexpected admission after the game that the 35-year-old was fully fit and had been left out for non-injury reasons. 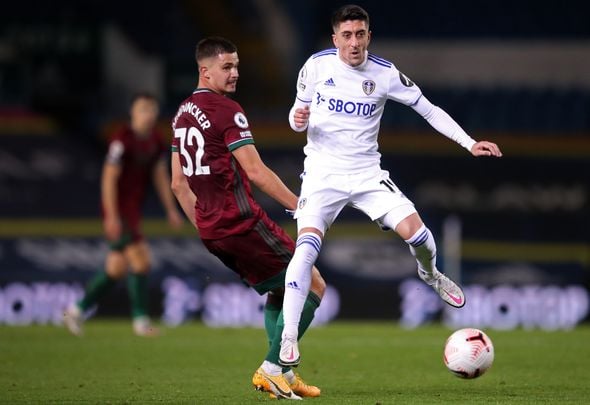 Hernandez reacted angrily when he was substituted in the second half against the Foxes and subsequently took to Instagram to apologise for his actions.

However, Agbonlahor insists Hernandez did not do anything wrong and reacted like any player should.

He told Football Insider: “When he got brought off he was a bit unhappy, but that’s what you want to see isn’t it?

“He didn’t throw anything apart from his armband, he didn’t refuse to shake the manager’s hand or anything over the top. You want players to show that passion and show they want to play in the team.

“I don’t know if it was the exact reason he was left out but I think it’s silly to leave a player like him of his quality out.

“You look at the game and they could have done with him in the attacking part of the pitch.

“This is strange for me because you’re going to get a reaction of players because players don’t want to brought off which is good.”

Hernandez has started just two Premier League games this season after struggling with a groin injury.

He is yet to register a goal or assist this campaign in four top-flight appearances.