Alan Hutton admits he has been left tearing his hair out over Brandon Barker’s “frustrating” performances for Rangers.

The former Gers defender and boyhood fan at Ibrox, speaking exclusively to Football Insider assistant editor Russell Edge, has warned the 24-year-old he faces being axed by Steven Gerrard after failing to impress in recent weeks.

Barker has managed to chip in with just one goal in his seven Premiership appearances this season and was given the nod to start against Celtic on derby day.

But he was omitted from the Light Blues starting XI for their Europa League clash against Standard Liege this evening.

Hutton insists that Barker has the natural ability to terrify defenders but admits he has been sorely let down by what he has seen this term.

Hutton told Football Insider: “He can be frustrating at times, that’s my honest opinion. I think he’s got all the ability, he’s got the pace to really hurt defenders but he just doesn’t do it enough for me.

“He’s got an opportunity, there are other others out, they picked his pace over Hagi. I think Hagi’s a better all-round player but that was obviously one of the tactics they’ve been going for, to get behind.

“He just hasn’t taken his opportunity. Gerrard’s stuck by him for large parts of this season but I think with certain people coming back, like Joe Aribo and Kemar Roofe, it’s going to be difficult for him to hold down his position. 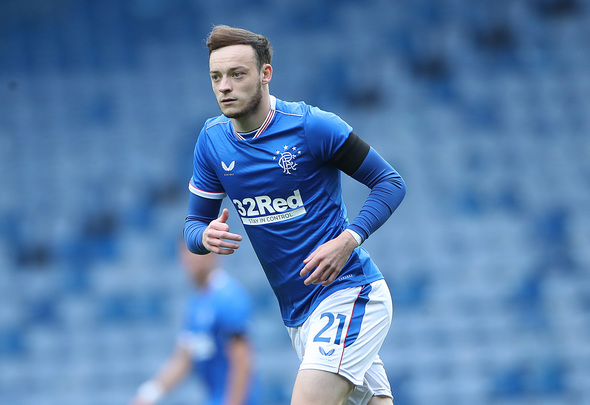 “On the big stage he just didn’t take his opportunity for me, he doesn’t create enough. For someone with the talent he’s got and the pace, I don’t see it enough.

“If I’m a full-back against him, I’m thinking: ‘Oh no, it’s going to be a tough day, he’s going to take me on with pace,’ but he doesn’t seem to use it at all. He’s been given plenty opportunities now and I think he’s going to find tough with the injured boys coming back.”

In other news, an English club are fuming Rangers have turned the head of senior star.