Alan Hutton has revealed that he was “annoyed” by Connor Goldson’s positioning for Kilmarnock’s second goal against Rangers on Wednesday night.

Speaking exclusively to Football Insider, the former Ibrox full-back suggested that the 27-year-old played well aside from the costly error.

But a late turnaround at Rugby Park saw the Gers squander a 1-0 lead to ultimately lose 2-1 – giving Celtic a 10-point lead at the top of the table.

And Hutton believes that Goldson was largely to blame for the decisive strike.

“The thing is, I thought Goldson actually played well – so did [Nikola] Katic – for most part of the night,” he told Football Insider.

“The thing that probably annoyed me the most watching it was the way Goldson’s position was on the second goal, he more or less expected Katic to go and win the ball because he’d won everything else.

“Instead of sniffing out the danger, he presumes that he’s going to win it when he didn’t.

“The first one’s happened, gone over his head, and he couldn’t sort his feet out to get back quick enough. The finish was unbelievable, but still, it could have been prevented.

“These are the things that you need to iron out. You can’t be giving away sloppy goals when you want to win leagues.” 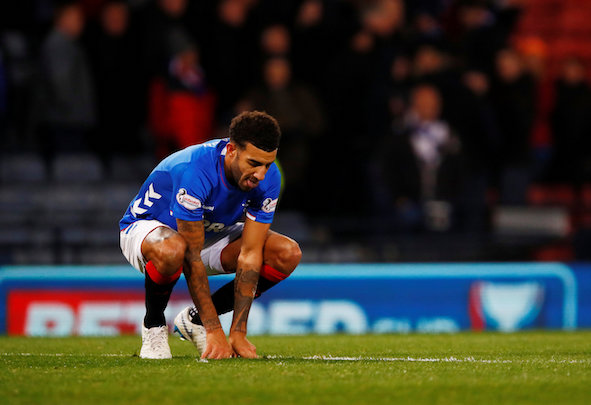 Goldson has been an ever-present for Steven Gerrard’s side so far this season, playing every minute of every game in the Scottish Premiership.

In the spell he has registered three goals and an assist from the heart of defence, but his side now face an uphill battle to overturn Celtic’s lead at the top of table, despite having a game in hand.

In other Rangers news, Hutton tips Gers 22y/o to for big role after ‘Disappointing’ update.