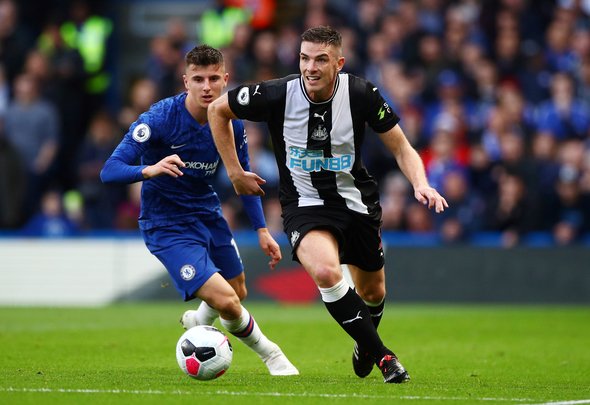 Alan Hutton has suggested that Newcastle United defender Ciaran Clark may have to look at leaving St James’ Park for the good of his career.

Speaking exclusively to Football Insider assistant editor Russell Edge, the former Aston Villa and Scotland full-back, who played alongside Clark during their time in the Midlands, says that the centre-back is of an age where he should be playing regular football.

The 30-year-old, who arrived on Tyneside back in 2016, has played just four times under Steve Bruce this season, with three of those appearances coming in the Premier League.

With the likes of fellow centre-backs Fabian Schar and Florian Lejeune currently out through injury, Hutton says he hopes Clark can stake a claim to stay in the starting XI, suggesting he will need to look at a move if he is dropped again.

Hutton told Football Insider: “Sometimes you need a change of manager or something happens to fall in your favour to give you the chance you probably deserve. I hope he does well because I believe he’s a very good player.

“It’s a difficult one. When he left he signed a five-year deal so he’s obviously moved everything up there and got settle so he maybe found it difficult to up sticks and leave again. The only problem is that he’s at an age where he should be playing week in, week out.

Clark has played 75 times for Newcastle since joining the Magpies across all competitions, playing a crucial role in the club’s successful promotion hunt in the Championship.

He has 167 Premier League appearances under his belt, as well as picking up 32 international caps for the Republic of Ireland.

In other Newcastle United news, Danny Mills was left raving over an “absolutely superb” Magpies star against Wolves.