The centre-back, 25, already has a deal with the Premier League giants that runs until the summer of 2023.

But an Arsenal source has told Football Insider that the club have started negotiations with Holding about extending it in what would be a new long-term deal. 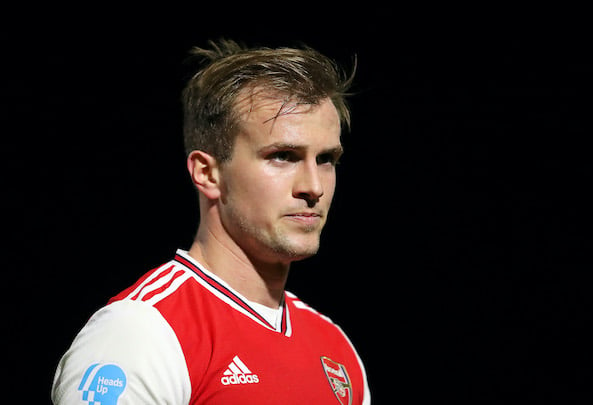 This comes after the Englishman’s future was the subject of strong speculation during the summer window.

Arsenal are keen to tie down a player rated highly by Mikel Arteta before he enters the final two years of his current agreement.

Holding scored an own goal in Saturday’s 2-1 defeat at Everton to leave the Gunners flailing at 15th in the Premier League table.

It was his seventh start in Arsenal’s last eight league matches.

Only summer signing Gabriel Magalhaes has started more games in the top flight for the Gunners this season among the club’s centre-backs.

Holding has been at Arsenal for more than four years since joining from Bolton Wanderers for around £10million in 2016.

He made 23 appearances in all competitions for the Londoners last season but only six league starts.

In the current campaign, Holding has 10 league starts among 15 appearances in all competitions.

During his four years at Emirates Stadium, the England Under-21 cap has played 93 times for the club and is now establishing himself as a first choice.

In other news, Arsenal have terminated loan deal and player is back at his parent club.