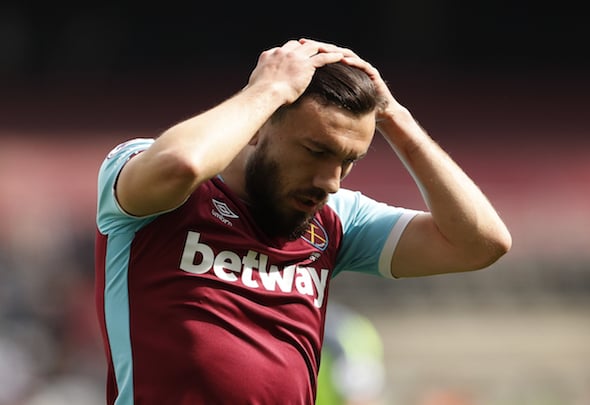 West Ham are open to offers for Snodgrass after informing the Scotland international he can leave the London club, either on a permanent basis or on loan.

Snodgrass joined West Ham from Hull City in January for £10.2m on a three-and-a-half year deal after impressing in the first half of the season with seven goals in 20 games.

However, the former Leeds man struggled to make an impression at the London Stadium, failing to score in 15 Premier League appearances for West Ham last season.

Sunderland have confirmed their interest in Snodgrass as Black Cats boss Simon Grayson is a big fan of him having worked with him at Newcastle, but their budget means they are unable to do a deal with West Ham.

Aston Villa are looking to add creativity to their attacking options before the close of the transfer window and Steve Bruce feels Snodgrass could be a perfect addition to his plans.

Bruce signed Snodgrass when he was in charge of Hull and he is looking to be reunited with the 29-year-old at Villa Park in what would be a real coup.

The winger would be a big addition to the side that is hoping to push for promotion this season.