Everton could make amends for signing Moise Kean by adding Joshua Zirkzee to the squad this month, according to Darren Bent.

Speaking exclusively to Football Insider, the former Tottenham and England striker has suggested the Dominic Calvert-Lewin could do with some cover and competition in a bid to push him to the next level.

The Daily Mail report the Toffees are discussing a loan-to-buy bid with Bayern Munich for 19-year-old Zirkzee as Carlo Ancelotti seeks out backup for Calvert-Lewin and Richarlison.

Everton splashed a reported £27million to sign Kean as a 19-year-old back in August 2019 but the Italy international struggled for form and has since been shipped off to PSG on loan.

Bent believes Everton need backup for their current strikers and suggested a loan-to-buy for Zirkzee would be a sensible decision considering how Kean’s move turned out.

Asked if he thought the Toffees had learned their lesson when it comes to signing young strikers, Bent told Football Insider: “Yeah, I think so yeah. They’ve brought in young guys and although Moise Kean is flying at PSG, maybe they have learned.

“When you’re the main man scoring goals, and you know full well, regardless of what kind of form you’re in, that you’re still going to play, you can kind of sit back a little bit. 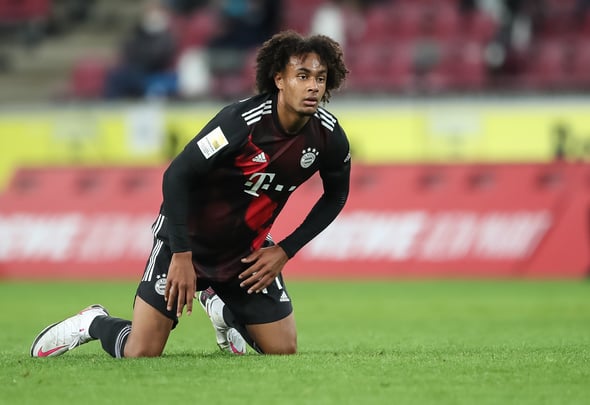 “I think Calvert-Lewin, he’s young, he’s hungry and I’m all for a little bit of squad competition, that’s how your squad gets better by having goalscoring competition.

“Ancelotti, I like what they’re doing and if they do go and sign the young centre-forward, hopefully he can step up and give Calvert-Lewin a bit of competition.”

In other news, Bent has been left buzzing as Everton handed major player boost.