Alex Bruce admits he understands why John Terry would want to leave Aston Villa to become a manager after he applied for the Bournemouth job.

Speaking exclusively to Football Insider assistant editor Russell Edge, the former Premier League defender believes that the 39-year-old has gained some valuable experience as Dean Smith’s assistant but that he is destined for a managerial role in the future.

As revealed by Football Insider on Wednesday, Terry has applied for the vacant post at Dean Court, though it is understood interim boss Jason Tindall is set to take charge permanently. 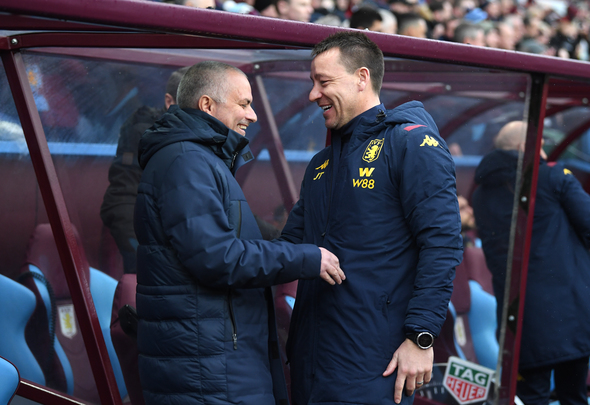 Bournemouth are in the hunt for a new manager after long-serving boss Eddie Howe left by mutual consent over the weekend.

Bruce admits he sees Terry, who took on his current position back in 2018, taking on a manager’s role in the short-to-medium-term.

Bruce told Football Insider: “I can understand why John Terry would want to leave to have a crack at management. Whether it happens this summer or in the future, we’ll have to wait and see when that’s going to happen.

“The experience of going to Villa and being an assistant will be valuable for him but as I say, I fully expect him to take a manager’s job – when that will be, we’ll have to wait and see.”

Terry returned to Villa as Smith’s assistant after he spent a season with the club as a player.

The Villans pipped Bournemouth by a single point on the final day of last season to secure their Premier League survival and send the Cherries down to the Championship.

In other Aston Villa news, Darren Bent has named the only rival club he can see Jack Grealish playing for next season.