Noel Whelan has claimed Newcastle United manager Steve Bruce will look to sign Danny Rose permanently ahead of Jetro Willems – and build his defence around the Tottenham man.

The former Leeds United forward, speaking exclusively to Football Insider correspondent Dylan Childs, suggested the 29-year-old left-back is set to be a key member of the Magpies team for next season.

Rose signed on loan in January until the end of the campaign, in part, to play in the absence of Jetro Willems and Paul Dummett – both of whom suffered season-ending injuries.

Willems, 26, arrived on loan from Eintracht Frankfurt last summer and the Magpies hold the option to make the deal permanent.

“For Willems, it depends on whether the season can be finished and if he can get back fit and finish the season strongly,” he told Football Insider.

“That is what a lot of players are worried about – like Jean Kevin-Augustin at Leeds. It is a crucial time for a lot of loan players to find out where if they are going to get a permanent deal.

“If it was a choice between Willems and Rose I think they would go for Danny Rose. He fits the bill a bit better, he knows the Premier League inside out. He still has a lot to prove and if you can keep him fit he is box-to-box. We have seen that he has got the energy and desire.

“It is harder for a foreign player to come here and adapt. I think Steve Bruce will want to build a backline with Rose in it.” 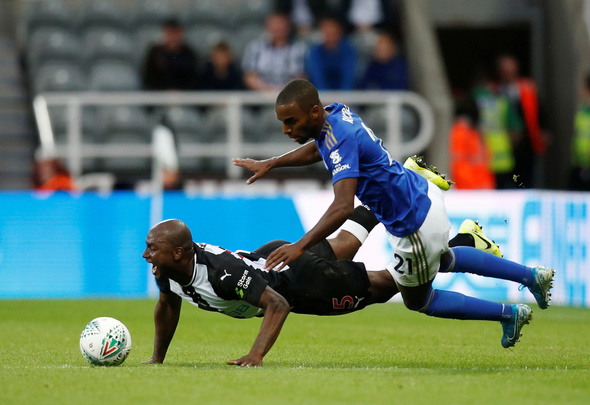 Willems has been sidelined since mid-January after he ruptured his cruciate ligament against Chelsea.

Rose, who is out of contract this summer, has featured six times since joining from Spurs.

In other Newcastle United news, Paul Robinson has told Football Insider club are in danger of losing star man to West Brom this summer.