Celtic tabled a contract offer to West Ham midfielder Conor Coventry but their swoop for him failed this week, Football Insider can reveal.

The Republic of Ireland Under-21 international put pen to paper on a new three-and-a-half year Hammers deal on Friday, which was announced yesterday morning.

A Celtic source has told Football Insider the club tried to entice Coventry, 19, north of the border before he committed to the new West Ham agreement. 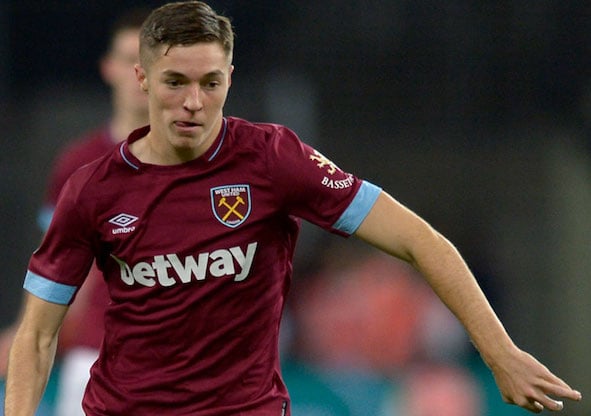 The Scottish giants offered a deal to the central midfielder that would have seen him make a permanent move to Parkhead in the summer when his previous Irons deal was due to expire.

Coventry was attracted to the possibility of a free transfer to such a historic club, where there is also a strong Irish connection.

But the London-born teenager decided to commit his future to the club he first joined at the age of 10.

He has made it clear he wants to establish himself in the West Ham first team rather than try his luck elsewhere.

The Premier League outfit had a lengthy contract stand-off with Coventry before the breakthrough in negotiations this week.

It means disappointment for Celtic, who had hoped to take advantage of his free agent status in the summer if the stalemate had continued.

Coventry is regarded as a rising star but has just two first-team West Ham appearances under his belt, both of which have come in the League Cup.

He is the captain and fulcrum of the club’s Under-23s side and has played the full 90 minutes in 13 of those games already this season.

In other Celtic news, it can be REVEALED that there has been a major Jordan Rhodes transfer development.