Noel Whelan has claimed Celtic need “not look any further than Claudio Bravo” after it was reported they would move for the Chilean if they are priced out of a move for Fraser Forster.

According to Chilean outlet The Times, Joe Hart, Ben Foster and Bravo are amongst those considered to replace Forster, 32, if a deal cannot be agreed with Southampton this summer. 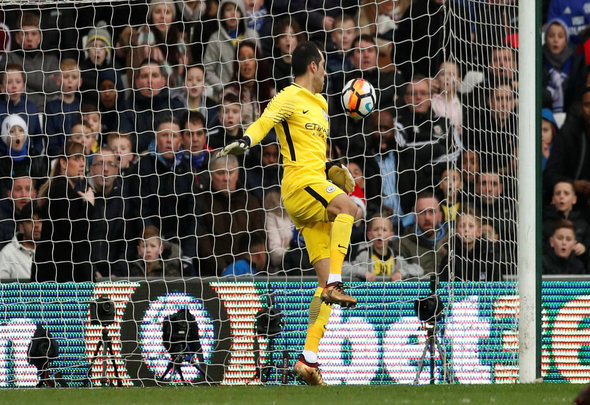 However, Football Insider understands that the Hoops’ prospects of signing the Englishman were boosted when Ralph Hasenhuttl signed a new four-year deal at St. Mary’s on Tuesday.

The Southampton boss demoted Forster to third-choice keeper last year and the only stumbling block in a permanent deal will be his wage demands.

When asked by Football Insider whether Manchester City’s Bravo would be a good alternative, Whelan said: “They are looking at experienced goalkeepers.

“Neil Lennon is looking for somebody that has got a wealth of experience. They want somebody that knows the game and knows how to command the back four.

“You have got to have a goalkeeper you can trust. It gives confidence to the back four. They need to know they have got somebody secure in between the sticks who is talking all the time – that comes with experience.

“You do not look any further than Claudio Bravo. He has immense experience.”

Forster kept 14 clean sheets in 28 appearances for the Bhoys whilst on a season-long at the club he left for the south coast in 2014.

Bravo is out of contract on 30 June and would prove a far cheaper option.

In other Celtic news, Danny Mills has told Football Insider 24-year-old needs to “sort himself out” ahead of potential Parkhead move this summer.