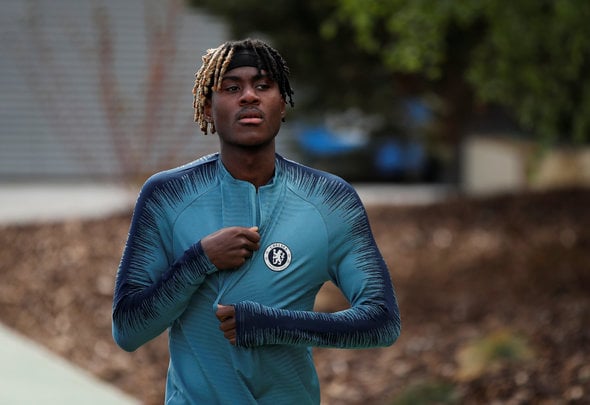 Chelsea are in advanced talks with Trevoh Chalobah over a new deal before sanctioning a loan move this summer, Football Insider understands.

A number of Football League clubs, including West Bromwich Albion and Fulham have expressed an interest in taking the versatile defender on loan for the upcoming season, having spent the last campaign at Ipswich Town.

A Chelsea source has told Football Insider that the Blues have progressed in negotiations with the 20-year-old over a new long-term deal at Stamford Bridge, which will be signed before he is sent out temporarily once again.

Chalobah, who stands at 6ft 3in tall, is the younger brother of Watford midfielder Nathaniel Chalobah and is highly-regarded at Chelsea having come through the youth ranks in London.

The Blues feel another loan spell, giving him the chance to play regular first-team football, would be best for his development but are yet to make a decision on where to send the young prospect.

With two years left on his current contract, Chelsea are at an advanced stage in discussions over Chalobah committing his long-term future at Stamford Bridge and will look to get a new deal signed before choosing where he will be playing next season.

The colossal England youth international had a successful individual season at Ipswich despite the Tractor Boys’ relegation, making 44 appearances across all competitions.

Yet to make his competitive debut for Chelsea, with three unused substitute outings in 2018 the closest he has come, the Blues are hoping he can come back from his next loan spell ready to fight for a first-team place at Stamford Bridge.

In other Chelsea news, it can be REVEALED that a Premier League rival has made a move to secure a seven-figure deal for a Stamford Bridge attacker.