Clubs trying to sign Declan Rice from West Ham this summer will see him as a centre-half rather than a holding midfield player, according to Noel Whelan.

The former Leeds United and Coventry striker, speaking exclusively to Football Insider correspondent Dylan Childs, claimed the 21-year-old “ticks all the boxes” when it comes to attributes a central defender needs and sees his long-term future in that position.

Rice started West Ham’s defeat to Wolves in central defence and then moved up into what has become his more familiar central midfield role in last night’s 2-0 loss to Tottenham. 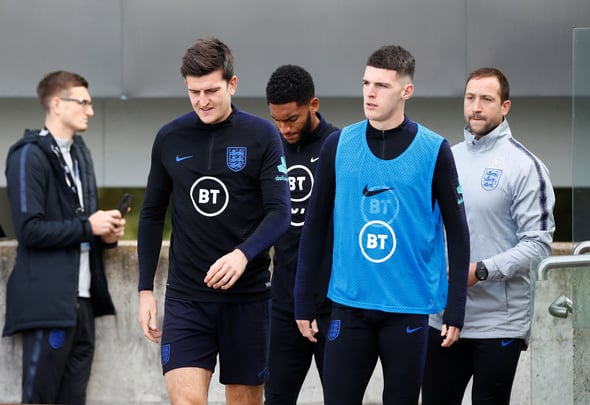 David Moyes has hailed the versatility of the 21-year-old and claimed before the Spurs game he is hugely effective in both positions.

Whelan believes the Englishman’s future for both club and country lies in central defence.

“Rice has got a huge amount of intelligence,” he told Football Insider.

“He has every attribute. He has the height, the stature, the composure on the ball, the vision and he can cover round and that is what you need to see as a centre-half. Rice ticks all the boxes.

“I think a lot of teams will be looking at him as a centre-half, even Gareth Southgate.”

Moyes told talkSPORT: “I think Declan could arguably be my best centre-half and my best midfield player.

“We have to try and see what we’ve got and who is fit for Tottenham and use him the best we can.”

In other West Ham news, Frank McAvennie has given Football Insider his bold verdict on Sebastien Haller.