According to a report from Don Balon, Atletico Madrid are keen to acquire the services of the 23-year-old and are willing to lodge a £37.5million bid this summer.

Diop made 26 appearances this campaign before the Premier League, FA and, EFL were forced to suspend all fixtures due to the outbreak of COVID-19 in the UK.

Mills was surprised by the apparent interest of the La Liga giants given that the French defender has not impressed him in a David Moyes’ side that sits two points off the drop.

“Maybe he has got potential but they must be seeing something that I do not see week in week out,” Mills told Football Insider.

“Perhaps with the right level of coaching, he can be turned into something.

“It has been a difficult season for West Ham and they have conceded a lot of goals. In a struggling side I cannot say I look at him and think, ‘Yes, I definitely want that player in my team week in, week out.'” 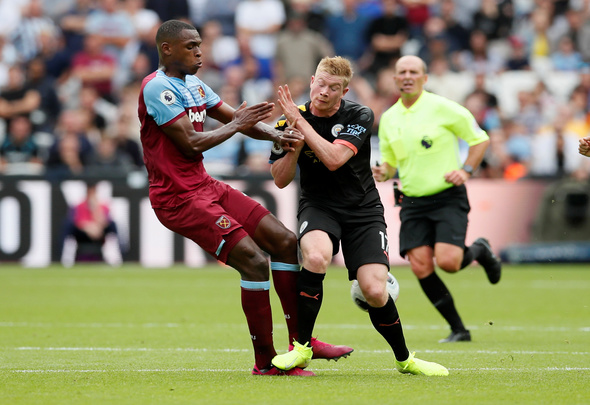 The former France under-21 international joined from Toulouse in the summer of 2018 for what was then a club-record £22million fee.

As revealed by Football Insider in October, Arsenal are keeping tabs on the young defender so if The Irons will likely have a fight on their hands this summer.