Danny Mills says he can see Everton striker Cenk Tosun agreeing to move to Crystal Palace this month after falling down the pecking order at Goodison Park.

Speaking exclusively to Football Insider assistant editor Russell Edge, the former Leeds and England full-back says it is no surprise to hear that the Turkish hitman looks to be destined for the exit from Merseyside.

Football Insider revealed in December that Carlo Ancelotti had given the green light for Tosun to leave permanently in the winter window if a replacement striker could be found. 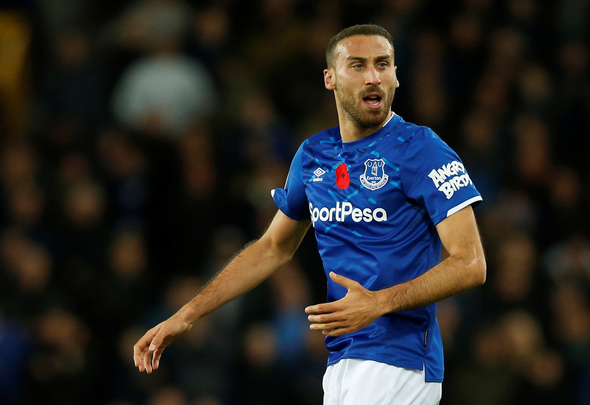 With Sky Sports reporting that Everton and Crystal Palace are in talks over a loan move for the 28-year-old, Mills says there is a “good chance” the player will be willing to make the move across England.

Mills told Football Insider: “He was surplus to requirements under Marco Silva, wasn’t he, almost went at the end of the last transfer window.

“It’s no surprise that he’s on the list of available players who can go.

“If there’s the opportunity to go somewhere like Palace, the deal is right for both clubs then there’s a good chance it will happen.”

Tosun has played just eight times across all competitions for the Toffees this season, Ancelotti not using him once in his first four games in charge.

The Turkish international has netted 10 goals in his 51 appearances on Merseyside, only one of those strikes coming this campaign.

In other Everton news, Paul Robinson says the Toffees have a “huge advantage” over their rivals in the transfer window.