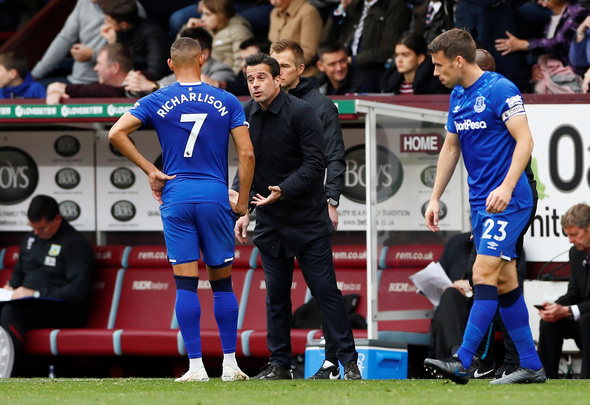 Danny Mills claims that Everton attacker Alex Iwobi is a still a “work in progress” for Marco Silva after his arrival from Arsenal this summer.

The former Manchester City and England defender, speaking exclusively to Football Insider assistant editor Russell Edge, says that the Toffees have not figured out where the 23-year-old fits into their best starting XI, having utilised him both centrally and on the wing since joining.

The Nigerian international started Saturday’s 2-0 win over West Ham in an attacking midfield role, Silva opting to name Theo Walcott and Bernard on either flank.

Having impressed in the central role against the Hammers, Mills says that the 38-cap international is someone who the Everton manager needs to figure out where he slots best into his side.

Mills told Football Insider: “Everton are still trying to work out the best formation, the best combination of players that suits people so they can get the best out of each other.

“It’s a little bit of a work in progress. Iwobi obviously came in quite late on in the transfer window. Yes, they will know about him but how he fits in and builds that relationship with other players is still a work in progress.

“I think he’s one of those players who can play in numerous different positions. He’s got a lot of quality, he’s very athletic – playing there long-term, you have to judge players in half-a-dozen games instead of just a one-off.

Iwobi has played nine times across all competitions for the Toffees so far, his only Premier League goal coming in the 3-2 win over Wolves at Goodison Park.

He has a total of 107 top-flight appearances under his belt after his time at Arsenal, netting 12 times and setting up a further 19 assists.

In other Everton news, Danny Mills has revealed he was blown away by an “incredible” performance from one Toffees star against West Ham.