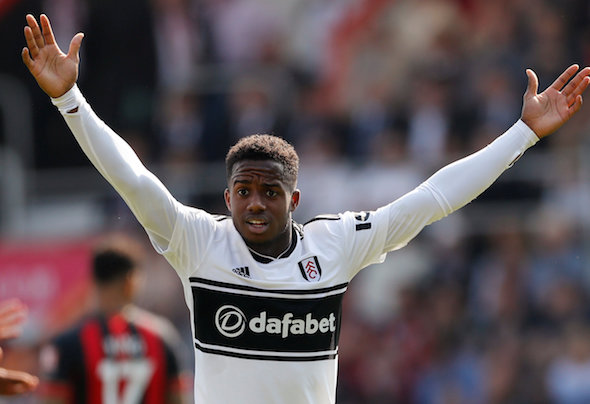 Danny Mills says that Tottenham are taking a gamble on chasing the capture of Fulham’s Ryan Sessegnon as they prepare to let Danny Rose leave the club this summer.

The former Leeds and England defender, speaking exclusively to Football Insider, says that manager Mauricio Pochettino will be losing experience and quality in the shape of the England left-back and that the Cottagers’ ace is an unproven performer at the top level.

As revealed exclusively by Football Insider, Tottenham have pencilled in a medical to secure the signing of Sessegnon after a breakthrough in talks with their London rivals, having left Rose in England for their pre-season trip to Singapore to allow him to seal a move away.

Mills says that he was not too impressed by what he saw from the 19-year-old in what was his debut season in the Premier League and insisted that time is not on Tottenham’s side if they want to push for another top-four finish.

“He couldn’t get into a struggling Fulham side that got relegated, often enough,” Mills told Football Insider.

“Undoubtedly has a lot of potential but I look at it at think it’s a bit of a gamble. You are losing experience, consistency for a player who could be outstanding, might not be. Might struggle, might not be able to cope at that level for two or three months.

“If you’re Tottenham, and you want to be challenging for the top four and beyond, you’ve got to be right at it from the get-go.”

Sessegnon made 38 appearances across all competitions last season, missing all but three of the club’s league games.

However, he was often made to come on as a substitute, starting 26 Premier League matches, scoring two goals and chalking up a further six assists for his teammates.

In other Spurs news, a Sky pundit has expressed his surprise that the club have not yet wrapped up the signing of a second Leeds United star.