Danny Mills has called on 16-year-old Everton defender Thierry Small to take his chance to impress Carlo Ancelotti after he was spotted training with the first team.

Speaking exclusively to Football Insider correspondent Connor Whitley, the former England full-back, whose son is a member of Everton’s academy, hailed the teenager as a “powerful, athletic left-back”.

Small was pictured training at Finch Farm with Ancelotti’s first-team squad last week after they were hit with an injury crisis at full-back.

First choice pair Seamus Coleman and Lucas Digne have both been missing in recent weeks and natural centre-backs Ben Godfrey and Mason Holgate deputised for them in their 1-0 win over Chelsea on Saturday.

Asked by Football Insider what he made of Small, Mills said: “I think he’s a good defender.

“He’s a powerful, athletic left-back. He’s very left-footed. He’s one of a few at that age. There are a lot of good academy players there in the Under-23s and Under-18s.

“It’s football. Everybody needs an opportunity or a chance. That generally comes from injury or suspension.

“At the moment because of the number of injuries in that position he’s been drafted into the first-team squad to train with them.

“It’s an opportunity, it’ll be a great experience for him and it’ll be a very steep learning curve. 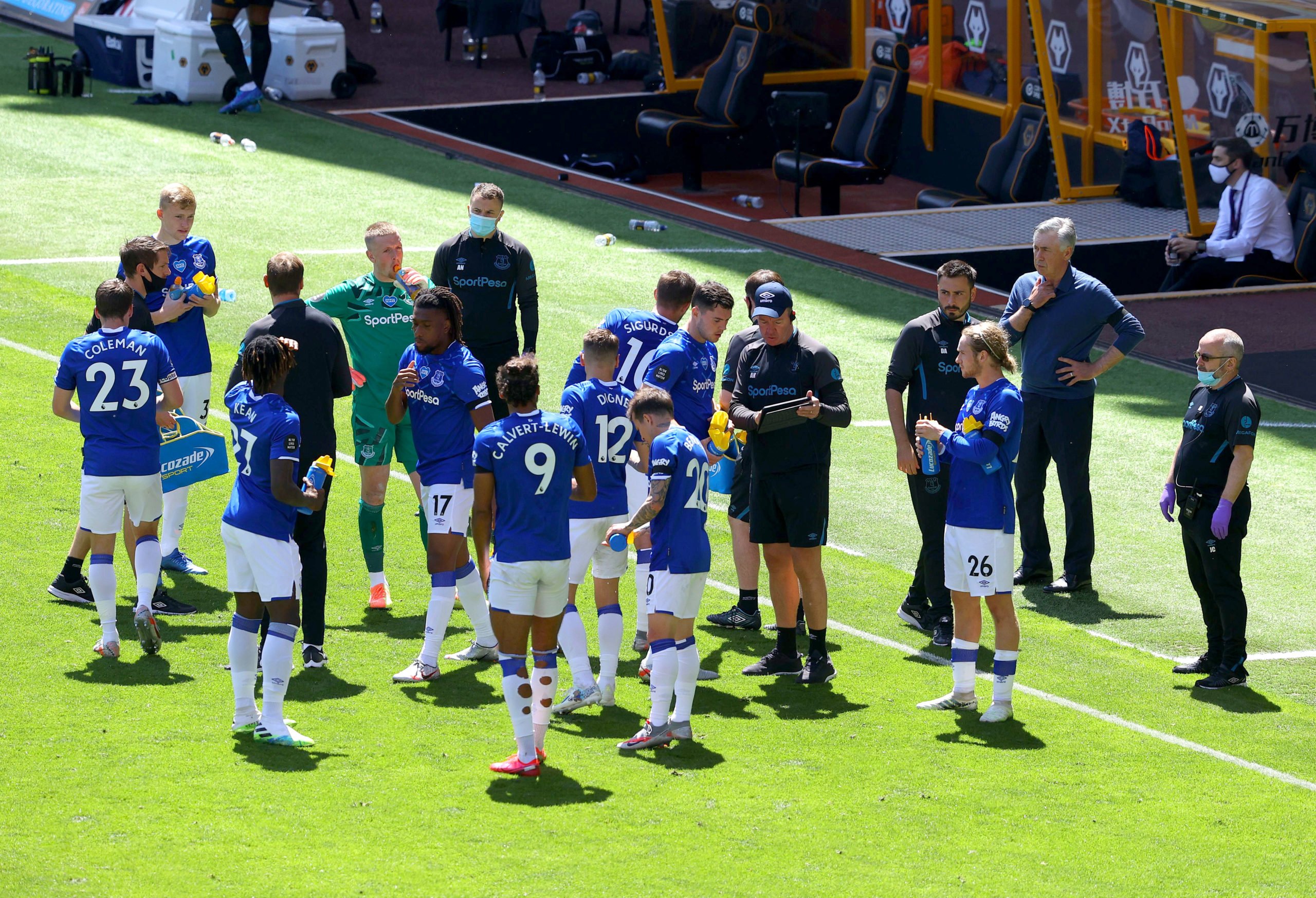 “Suddenly what you might get away with the Under-18s or in a training session changes in the first-team.

“There are a lot of players at Everton with a good chance and when they get these opportunities they need to keep learning, they’ve got to keep developing. Just because you get to a first-team training session you’re a million miles away from becoming a first-team player.”

In other news, Everton are willing to sell a big earner at a huge loss and talks are underway over a January move.