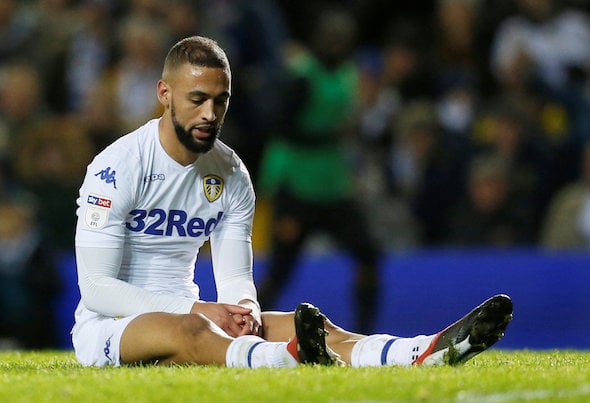 Danny Mills has made the shock claim that Kemar Roofe could play for Leeds United in their Championship showdown against Derby County tomorrow night.

Marcelo Bielsa revealed at his Monday media conference to preview the semi-final second leg that his team’s leading scorer will miss the match due to a calf injury.

But ex-Leeds defender Mills has told Football Insider the injury is not as bad as the club initially thought and Roofe may well make an unexpected appearance for the Elland Road showdown.

“There is a chance Roofe will play,” Mills said. “The calf injury is maybe not as serious as they (Leeds) thought it might be. They may well risk him tomorrow.

“Don’t rule it out. If he has a good chance to play, go with it. They would still have 12 days to get him fit for the final.”

Bad news – Kemar Roofe is out. He has a calf injury. #lufc

Roofe scored the only goal of Saturday’s first leg at Pride Park, as he latched on to Jack Harrison’s magnificent cross pass to net his 15th goal of the season in Leeds’ 1-0 triumph.

It was the forward’s first goal since January as the second half of his campaign has been interrupted by one serious knee injury and several other more minor ones.