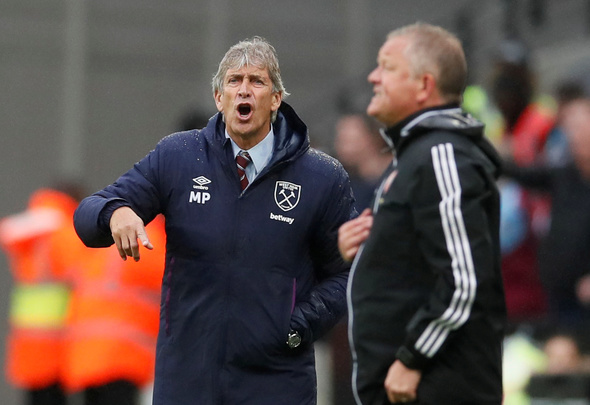 Danny Mills claims that West Ham manager Manuel Pellegrini is playing goalkeeper Roberto “through gritted teeth” after another questionable performance from the shot-stopper.

Speaking exclusively to Football Insider assistant editor Russell Edge, the former Manchester City and Leeds defender says that the manager is unlikely to want to damage the 33-year-old’s confidence beyond repair by axing him from the side, despite a hit and miss run of form.

Roberto, who has stepped into the starting XI in place of the injured Lukasz Fabianski, was partly at fault for two of Newcastle United’s three goals on the way to a 3-2 defeat for the Irons at the London Stadium on Saturday.

Despite David Martin waiting in the wings, Mills says that Pellegrini will want to try and avoid dropping his 6ft 3in [Transfermarkt] giant of a keeper in order to protect his self-belief, even if the manager is frustrated with his performances.

Asked about the possibility of Roberto being axed, Mills told Football Insider: “Sometimes, if you drop the goalkeeper because of one bad game, sometimes there needs to be (patience). You can damage confidence very, very quickly and he might not come back from that.

“Sometimes you just need to bite your tongue and through gritted teeth go: ‘He’s had a bad game, it’s not happening, work hard in training.’ Sometimes when things aren’t going your way you need a goalkeeper with experience.

“It happens, it happens to the best of them.”

Roberto has now played seven times for the Hammers since his move to east London but in his five Premier League appearances is yet to keep a clean sheet, conceding twice on all but one occasion.

Fabianski is set to be out of action until the turn of the new year, having torn a hip muscle earlier this season.

In other West Ham news, Football Insider can reveal the Irons are plotting to sign a £22million-rated star from Germany.