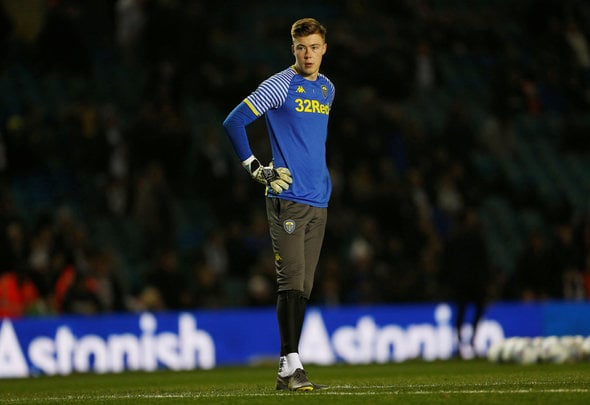 Danny Mills has tipped Leeds United goalkeeper Bailey Peacock-Farrell to look for a loan move away from Elland Road next season to help him cement a place in the first-team.

Speaking exclusively to Football Insider, the former Leeds and England defender insisted that Kiko Casilla’s time in Yorkshire would be short-lived, suggesting the Spaniard would be around for another season or two, and that Peacock-Farrell’s opportunity would come then.

The 22-year-old, who stands at a colossal 6ft 4in between the sticks, was replaced as Marcelo Bielsa’s first-choice goalkeeper upon the arrival of Casilla from Real Madrid back in January.

With the Spain international looking likely to remain at Elland Road, Mills has tipped Peacock-Farrell to seek out more playing time elsewhere on loan, insisting that experience will help him stake his claim for regular football at Leeds.

Mills told Football Insider: “It’s tough as a young keeper, he’s had a taste of first-team football, he’s been in and had a taste of international football as well. Goalkeeper’s a position that generally you need that sort of experience.

“I think if he had the opportunity to go out on loan then I would try and take that route. Kiko Casilla is not going to be around forever at Leeds United, I’m pretty sure he’s not going to swap Madrid permanently for Yorkshire.

“It might be one more season, it might be two. If Peacock-Farrell learns during that time and he becomes a solid, better keeper, he might be able to step into those shoes.”

The Northern Ireland international played 29 times across all competitions for Marcelo Bielsa last season, the manager dropping him to the bench for the second half of the campaign.

Having broken into the first-team under Paul Heckingbottom back in 2018, Peacock-Farrell has played 41 times for the Whites.