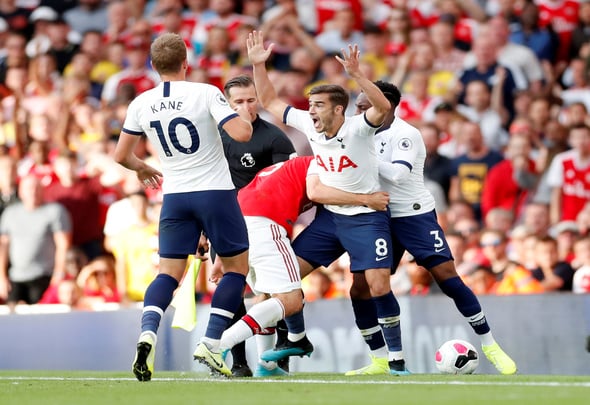 Darren Bent was left fuming with Gareth Southgate’s decision to leave Tottenham midfielder Harry Winks on the bench in England’s 2-1 defeat to the Czech Republic.

Speaking exclusively to Football Insider assistant editor Russell Edge, the former Spurs and England striker says that the Three Lions’ midfield was “crying out” for the 23-year-old as they struggled to take control of their European qualifier.

Winks was named on the bench on Friday night, Gareth Southgate starting with Declan Rice and Jordan Henderson in the centre of the park, and the Spurs man was left unused in defeat.

The team is in here in Prague! 📋

Here's how your #ThreeLions line up for tonight's #EURO2020 qualifier. pic.twitter.com/8tERk7rSrh

Bent says that he would have brought on the Spurs maestro at half-time to try and inject some creativity and forward-thinking into the midfield, insisting things were moving too slow for England to take control and hurt their opponents.

Bent told Football Insider: “I think that game was crying out for Harry Winks.

“I think Harry Winks would have been perfect, ideal for that role – getting on that ball, forward passes, he’s got a good range of passing so for me, I would have sacrificed someone.

“At half-time I’d have put Marcus Rashford on, he’d have been one, and Harry Winks, that would have been my two. It was very slow, England weren’t moving the ball quick enough.”

Winks has played in all eight of Spurs’ Premier League games this season, all but one of those appearances coming in the starting XI.

He has just three caps under his belt for the Three Lions, finding himself on the substitutes’ bench for the last four games he has been in the squad.

In other Tottenham news, Football Insider can reveal that the Lilywhites are chasing a Premier League powerhouse.