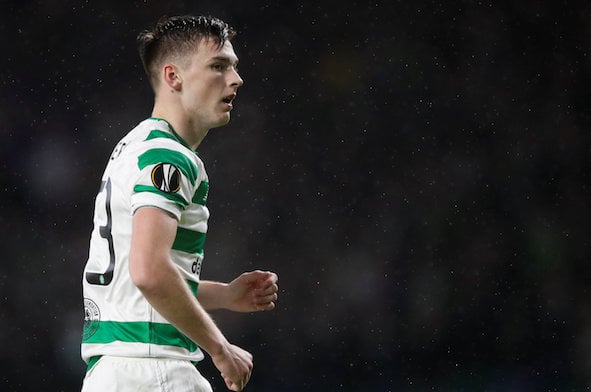 Darren Bent has revealed he has been told that Kieran Tierney acted professionally behind-the-scenes at Celtic ahead of his move to Arsenal this summer.

Speaking exclusively to Football Insider, the former Tottenham striker and fan of the Gunners says that the left-back is a great capture for Unai Emery, heralding his professionalism in securing a move from Glasgow to north London.

Football Insider exclusively revealed during the English transfer window that Tierney had told those closest to him that he was expecting to leave despite the Gunners’ initial bid being rejected.

Bent says that he has been told by those at Parkhead that the 22-year-old was professional and respectful throughout the prolonged transfer saga, the defender eventually moving on the final day of the English transfer window.

Bent told Football Insider: “Well played Celtic, and fair play to him. He didn’t throw his toys out the pram, he did everything properly. It’s a very, very good signing for Arsenal.

“I know a couple of people up there and they said he was okay, he didn’t really moan or anything.”

Tierney made 170 appearances for Celtic, having come through the youth ranks at the Glasgow giants, before leaving for Arsenal.

He is currently recovering from surgery on a double hernia which took place over the summer, the Gunners kicking off their Premier League campaign with a 1-0 win over Newcastle United.

In other Celtic news, Jackie McNamara has told Football Insider he is expecting a lot of “resentment” after a behind-the-scenes reveal.