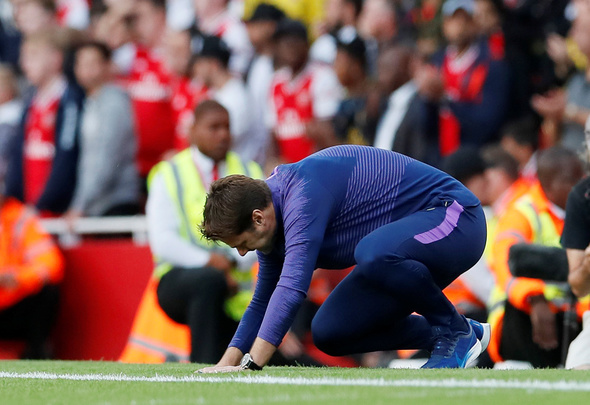 Darren Bent has questioned whether Tottenham midfielder Tanguy Ndombele is fully fit and says it looks like Mauricio Pochettino feels “forced” to play him.

The former Spurs and England striker, speaking exclusively to Football Insider assistant editor Russell Edge, says that it may take the former Lyon midfielder time to adapt to the rigours of the Premier League but that it still does not look as though he is 100 per cent.

Ndombele made his first start after a slight injury niggle in 2-2 draw against Olympiacos in the Champions League, while he also started in the 2-1 defeat to Leicester City last weekend.

Bent insists that the 22-year-old does not look like he has been operating at full capacity since his return from the sidelines and says it seems as though Pochettino has had his arm twisted over playing him.

Bent told Football Insider: “I’m not sure if he’s fit. They spent a lot of money on him and we saw signs against Villa that he is going to be a key player. He’s been hit by injury and the Premier League is tough, it takes a little bit of time.

“He doesn’t look fit. With the performances that are going on, it feels kind of forced, that he’d rather just get him out there to see what he can do, give him 70 minutes. At the minute, it just doesn’t look like they know what their best team is.”

Ndombele has now played five times for the Lilywhites since his big-money move over the summer, netting on his debut against Aston Villa.

He played just short of 100 times for Lyon during his time at the French heavyweights, and made the first of four appearances for France back in October 2018.

In other Tottenham news, Darren Bent has told Football Insider that one senior Spurs star looks “all over the place”.