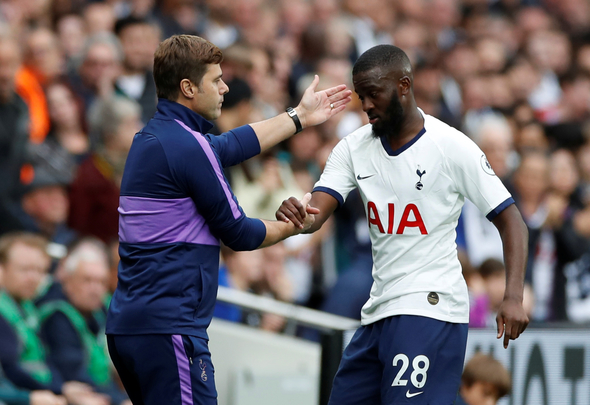 Darren Bent has suggested that Tottenham chairman Daniel Levy was the driving force behind the signing of Tanguy Ndombele this summer instead of manager Mauricio Pochettino.

Speaking exclusively to Football Insider assistant editor Russell Edge, the former Spurs and England striker says that the Lilywhites’ midfielder looks a long way off the standard expected after his move to north London.

It was reported that the French international cost Tottenham a club-record fee of £55million-plus to seal his signature from Olympique Lyonnais but he has not yet lived up to expectation for Pochettino’s men.

Having seen the 22-year-old hooked at half-time in the club’s 3-0 defeat to Brighton in the final game before the international break, Bent says he is not sure whether he was the manager’s first-choice to bolster the midfield this summer.

Bent told Football Insider: “You do start to wonder did Pochettino sign him? I know when I went to Spurs, yes, Martin Jol was the manager and yes, he said he wanted to sign me but I think the real driving force was Damien Comolli.

“Now I’m wondering did Pochettino even want to sign him? Did Pochettino say (to Levy) I want to spend all this money on this player? Because at the minute he looks nowhere near that level.”

Ndombele has featured in all but two of Tottenham’s Premier League games this season, a hamstring injury ruling him out of action at the end of August, while he has also started both of their Champions League fixtures.

Having scored on the opening day of the campaign against Aston Villa, he netted his second goal in the 2-1 win over Southampton.

In other Tottenham news, Football Insider can reveal that a European heavyweight has started to make moves to sign one of Pochettino’s top players as Daniel Levy the asking price on his head.