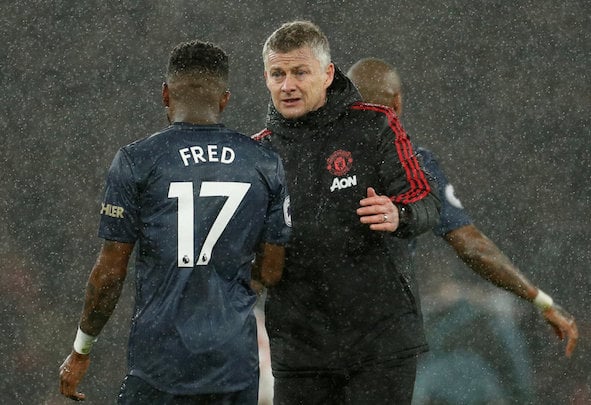 Darren Bent suggests that Manchester United could sign Tottenham midfielder Eric Dier to replace Fred in the centre of the pitch.

Speaking exclusively to Football Insider assistant editor Russell Edge, the former Spurs and England striker says that the 25-year-old enforcer could be the perfect foil for Paul Pogba in the middle of the pitch, allowing the French international to surge forward while he stays back to defend the back four.

Dier has been rarely used by manager Mauricio Pochettino this season, the Argentine handing the 40-cap England international just three appearances across all competitions.

Suggesting that Fred does not offer enough defensive cover at Manchester United, Bent says that signing Dier could solve their issues and give the versatile enforcer the sort of game time he will be looking for.

Asked where Dier could move to if he was to leave Spurs, Bent told Football Insider: “I think Leicester would be a good one, they could get the best out of him, Everton, yeah, good.

“That wouldn’t be a bad signing for them because he is someone that knows his role, will sit there in front of the back four and give that back four protection.”

Dier has played 213 times for Tottenham since joining from Portuguese heavyweights Sporting CP, the side where he came through as a youngster, but has fallen down the pecking order as both a midfielder and a centre-back.

Two of his three appearances this season have ended in defeat, playing the full 90 minutes in the shock League Cup loss to Colchester United as well as the 3-0 thrashing against Brighton.

In other Manchester United news, Danny Mills has been left stunned by one Old Trafford mainstay this season.