Darren Bent has suggested that Tottenham manager Jose Mourinho could replace Harry Winks with a more physical presence in the midfield in the transfer window.

The former Spurs and England hitman, speaking to Football Insider assistant editor Russell Edge, says that the 23-year-old was “bullied” by Manchester United in the 2-1 defeat on Wednesday evening.

Winks has played 17 times across all competitions for the Lilywhites this season, the six-cap midfielder starting three of the first four of Mourinho’s games in charge. 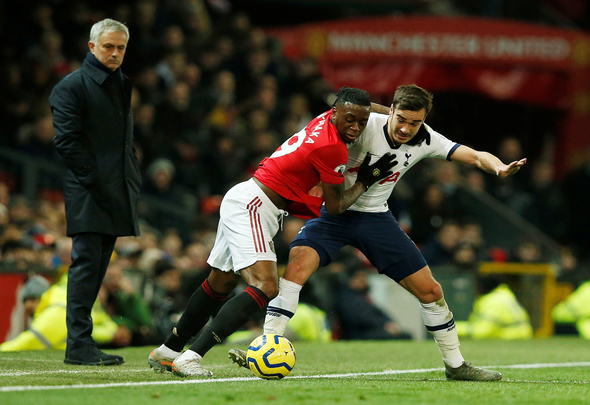 However, Bent says that the homegrown talent was lacking the physicality to compete with the Red Devils’ players and that Mourinho could replace him with a more imposing presence.

Bent told Football Insider: “I think that McTominay and Fred bullied him a little bit.

“Harry Winks has done well the last few weeks, he’s maybe not featured as much under Mourinho but physically, he got bullied.

“That makes me think I wonder if Mourinho’s going to look for somebody like a Matic. I know people will go: ‘Why would you go back to that old-style player,’ but sometimes you need someone in there who’s a powerful presence and Matic is that.”

Since breaking through the youth ranks in north London, Winks has played 119 teams for the first-team, scoring twice.

Mourinho has the likes of Tanguy Ndombele, Moussa Sissoko and Eric Dier to call upon as defensive midfielders, while the rarely-used Victor Wanyama is also still at the club.

In other Tottenham news, Football Insider can reveal that Arsenal are looking to blow the Lilywhites out the water to sign a Premier League ever-present.