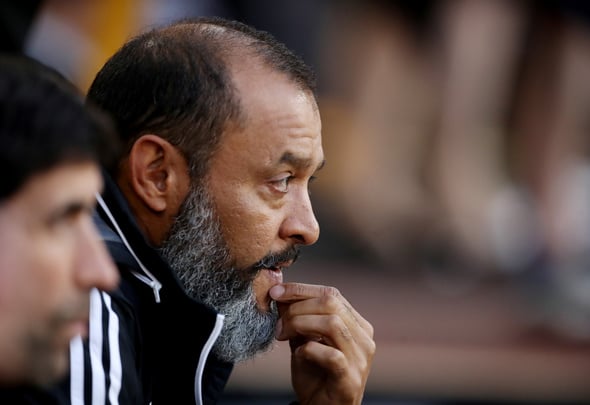 Darren Bent has urged Wolves manager Nuno Espirito Santo to get “unstoppable” winger Adama Traore on the training ground and working on the technical aspect of his game.

Speaking exclusively to Football Insider, the former Aston Villa and England international says that the 23-year-old has all the physical attributes that you could possibly want but that his footballing capabilities let him down.

Traore, who joined Wolves from Middlesbrough last summer, endured a difficult first season at Molineux, scoring just one goal and struggling for game time during the second half of the campaign.

Bent says that Traore needs to undergo specialist training and work on developing the likes of his crossing and decision making into the final third, insisting he is already doing the hard stuff by going past defenders with his pace and power.

Bent told Football Insider: “In terms of attributes – pace, power, strength – he’s what you want. You can’t stop him, once he gets going he’ll run through legs, brick walls, everything, he’s that powerful.

“It’s the simple things like his crossing, decisions in the final third, his passing, which really lets him down. Other than that, one-v-one, he’s unstoppable. Try to one-on-one defend him, you won’t be able to do it.

“There’s no point beating the defender and then crossing the ball out of play. The manager needs to get a hold of him, get him on the training pitch and get him working on the technical aspect of it – the crossing, the passing. He’s someone who would infuriate me if I was a manager.”

Traore has found himself moved to a right-sided wing-back role under Nuno this season, playing regularly in the Europa League qualifiers.

However, he has just 45 minutes of Premier League action under his belt, coming on as a half-time substitute against Manchester United.

In other Wolves news, Danny Mills has told Football Insider he expects one man to jump at the opportunity of a Premier League move.