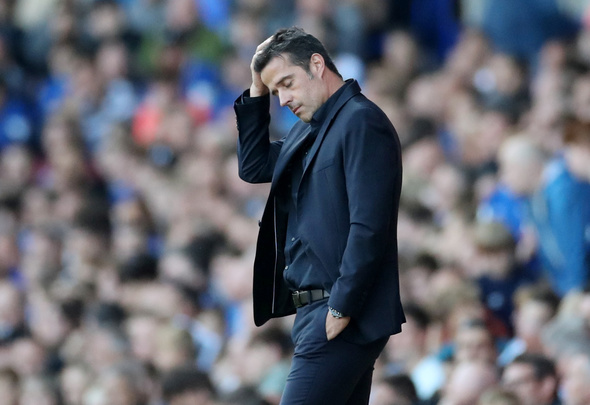 Cenk Tosun is set to stay at Everton despite interest from Qatari club Al Gharafa in signing him by the start of next week, Football Insider understands.

Al Gharafa are in the market for striking reinforcements before their transfer window closes at the end of the month and have expressed an interest in the 28-year-old Turkey international.

However, an Everton source has told Football Insider that Tosun plans to stay in England for personal reasons as his family are settled and he wants to fight for his place in Marco Silva’s side.

The manager has been willing to offload the striker and gave the green light for him to move to the Middle East before the closure of the Qatari window.

Tosun has found his first-team chances limited so far this season and he was pushed down the pecking order by the summer of signing of Moise Kean from Juventus.

Tosun joined the Merseysiders for £27million last year but has failed to live up to expectations.

He has scored nine times in 45 games for the club, but has netted just once in the league for Everton since last October.

Tosun made his first appearance in the Premier League last weekend when he came off the bench during the 2-0 home defeat to Sheffield United with his only other appearance coming in the EFL Cup win at Lincoln.