Darren Bent suggests that Fabian Delph could leave Everton if they manage to sign Abdoulaye Doucoure from Watford this summer.

Speaking exclusively to Football Insider assistant editor Russell Edge, the former Tottenham and England striker suggests the 30-year-old’s injury problems have been “a killer” as the club chase the Hornets star.

As revealed by Football Insider this week, the Toffees are offering the 27-year-old a £120,000-a-week contract as they bid to prise him from Vicarage Road this summer. 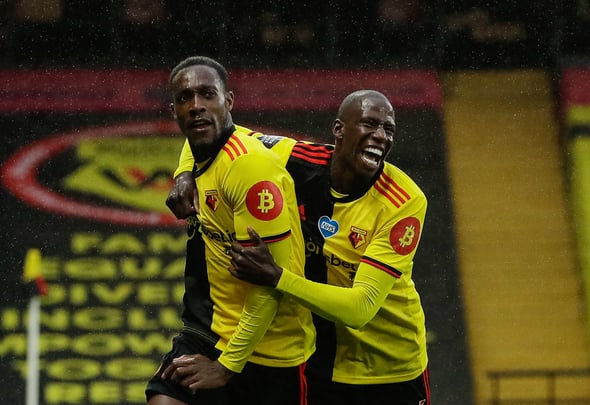 Carlo Ancelotti already has Delph, Tom Davies, Andre Gomes, Gylfi Sigurdsson and the injured Jean-Phillipe Gbamin as his senior options in the midfield at Goodison Park.

However, Bent believes that the former Aston Villa and Manchester City star could be on the move if Doucoure joins the Merseyside outfit.

“Gomes is a top player, I like Gomes and Delphy has been a bit too injury prone so that’s a killer for him.

“So you’d have to say out of all the ones that are already there, he’s probably the one that moves on.”

Delph managed to feature just 20 times across all competitions for Everton following his move from Manchester City last summer and his last appearance came back in February.

A versatile midfielder who also played at left-back during his time at the Etihad Stadium, he has a total of 185 Premier League appearances and 20 England caps under his belt.

In other Everton news, Bent admits he is gutted as the club plan to sell a senior star.