Michael Brown has claimed no-one at Tottenham can earn more than Harry Kane.

Speaking exclusively to Football Insider assistant editor Russell Edge, the former Spurs midfielder suggested north London is the perfect place for the winger after his astonishing start to the season.

As revealed by this site last week, Spurs are in advanced talks with the South Korea star after they offered him a new five-year contract worth more than £200,000-a-week. 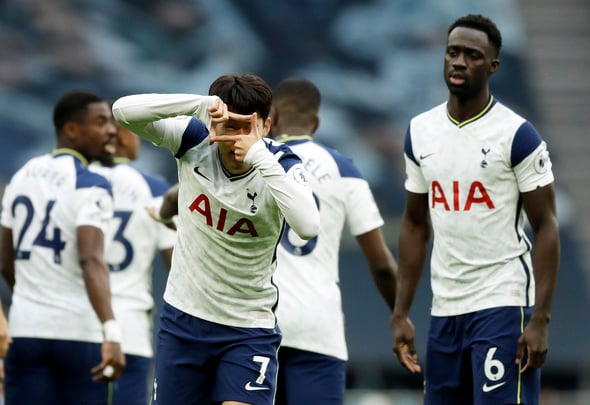 That would put the South Korea international into the same bracket as the club’s top earners Kane and Tanguy Ndombele.

Brown claimed he has been told that Kane has it written into his contract that he is always the top earner at the club.

He told Football Insider: “I’d be surprised if it was £200,000-a-week, I would, because of the wage structure there, I’ve been told [there’s a clause] it doesn’t go above Harry Kane.

“It’s all about him signing his contract, I think he’s in such a good place, why would you not sign a five-year contract, playing in this Spurs side?

“He’s got a great role, he’s scoring goals, creating goals and they’re up there at the top of the league so I think why would you not go enjoy the next couple of years and see where that goes.

“Yes, he’s of great interest to a lot of people but he’s fantastic.”

Son has already scored 11 goals and provided five assists in 14 games across all competitions this term.

Since his move from Bundesliga side Bayer 04 Leverkusen in 2015, the 28-year-old has found the net 96 times and contributed 52 assists in 243 appearances.

In other Tottenham news, Newcastle United have been tipped to sign a Spurs midfielder in January after an Athletic reveal.