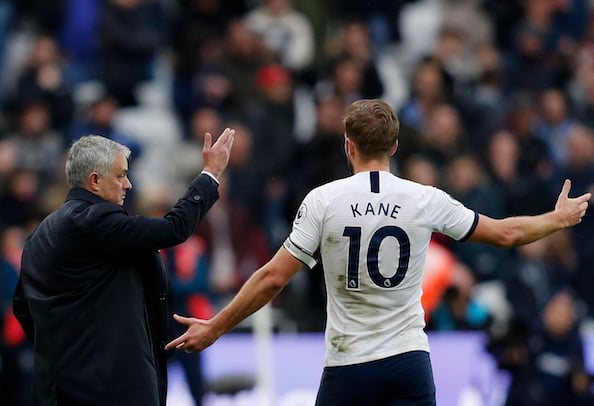 Noel Whelan has claimed Harry Kane may be sold by Tottenham to balance the books after the club borrowed £175million from the Bank of England.

The former Leeds United striker, speaking exclusively to Football Insider correspondent Dylan Childs, suggested failure to qualify for the Champions League could force Daniel Levy into sanctioning the sale of the 26-year-old this summer.

A club statement confirmed that a £175million loan, repaid at 0.5% interest, would be taken out from the Bank of England to help combat the financial losses suffered as a result of the coronavirus pandemic.

Spurs are projecting losses of over £200million as a result of this period as their one-year-old state of the art stadium will be empty for the foreseeable future.

Harry Kane’s future has been the subject of intense speculation in 2020 and Whelan believes time is now for the England captain.

“It was only yesterday we were talking about the finances being fantastic and all of sudden they are borrowing £175million,” he told Football Insider.

“Where does that leave Jose Mourinho with his transfer kitty? They need to strengthen.

“There is one player there who wants the team to show some intent in the transfer market – Harry Kane.

“Are they going to need to sell him to raise money if they do not make it into the Champions League? You may see a big money move for Harry.

“He wants to win trophies and I am sure there will be a team out there who will pay £100million for a player like that – a complete striker. One of the best in Europe. He has everything.

“It would certainly help ease the money problems at Tottenham but how would they replace Harry Kane? That is the problem.”