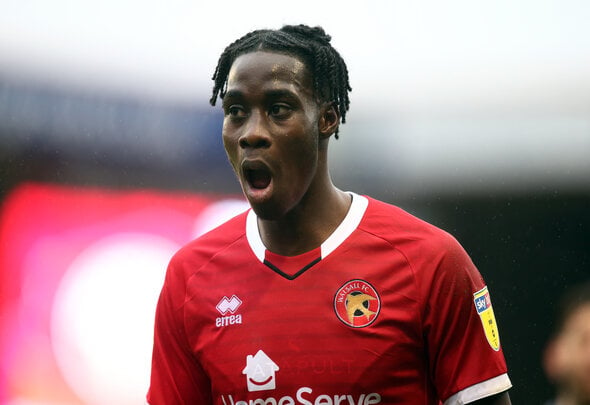 The 23-year-old has caught the eye of a number of scouts across the UK after his impressive form in League Two this season.

A recruitment source has told Football Insider the Terriers have firmed up their interest with a formal bid ahead of Monday’s transfer deadline. 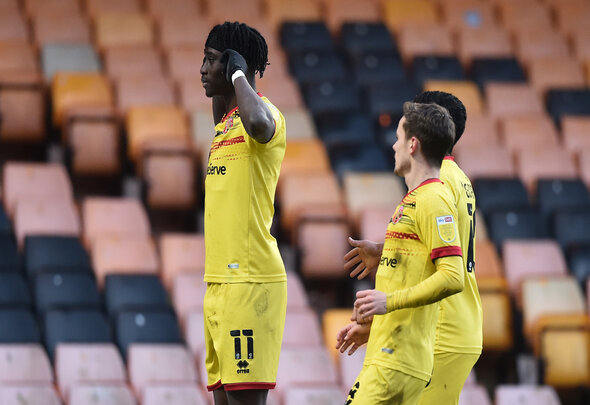 The Fulham academy graduate’s contract is set to expire at the end of the season but Walsall do not appear resigned to losing their man.

The club released a statement on Monday revealing there was no truth to press speculation that they had agreed to the sale of the striker.

Scottish Championship table-toppers Hearts were heavily linked with the 6ft 4in ace although they have reportedly ended their pursuit.

The Brent-born man is enjoying the best goalscoring season of his career, netting 10 times in 25 appearances for the Saddlers in League Two.

A natural centre-forward, Adebayo was also deployed on the left-wing as a youngster.

He failed to make a senior appearance during his time with Fulham but spent time out on loan with Slough Town in the Southern League and Cheltenham Town, Swindon Town and Stevenage in League Two. 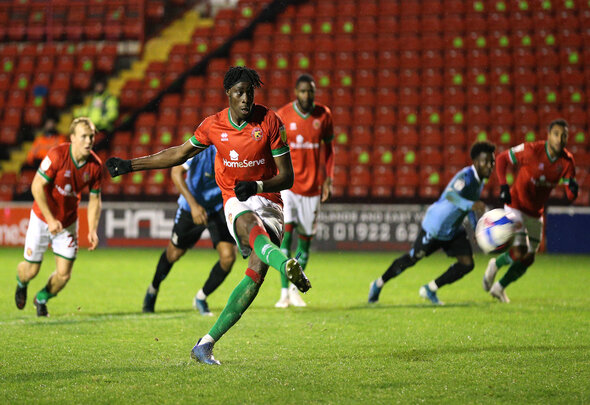 Huddersfield are without a win in their last five outings and manager Carlos Corberan will be hoping Adebayo can spark his stalling side into life should a move materialise.

Adebayo is not the only Walsall man the West Yorkshire club are chasing — Football Insider revealed on Monday that the 14th-place second-tier outfit are also interested in 23-year-old defender Zak Jules.

In other news, a Championship striker is set to head out on loan to League Two for the remainder of the season.