Alan Hutton urged Rangers youngster Robby McCrorie to keep training hard after he revealed his loan is set to be extended if the season continues into the summer.

The former Gers and Scotland defender, speaking exclusively to Football Insider assistant editor Russell Edge, insists that the goalkeeper, who turns 22 today (18 March), is in a “difficult” situation regarding his loan at Livingston.

Speaking after the postponement of fixtures, McCrorie told the Daily Record: “I want to stay to finish the job. I’d be gutted if I never got to do that. I reckon if the season was extended my loan deal would be too so that was covered.”

Hutton admits that he feels for the promising shot-stopper and says he hopes he can continue his development at the Tony Macaroni Arena sooner rather than later.

Asked if he was impressed by the youngster’s attitude, Hutton told Football Insider: “Yeah of course, young boys and footballers in general, they just want to play.

“He’s obviously there to learn and experience playing at a level and obviously for him to be doing well, for it to stop short the way it has, it’s difficult.

“You go from playing week in, week out to back to where you were where you’re just training, it’s not the same. Everybody’s in the same situation, they’re all in the same boat in that you can’t play matches.

“They’re just going to have to keep training hard and hopefully it comes back sooner rather than later.” 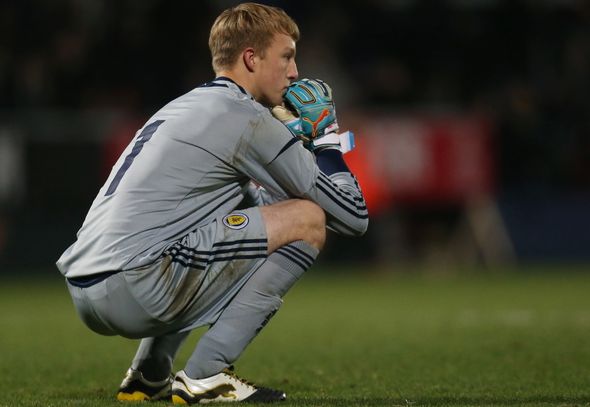 McCrory, who is the twin brother of defender Ross, is yet to make his first-team debut at Ibrox, with six unused substitute appearances under his belt.

He joined Livingston on loan in January and has played eight times so far, conceding nine goals.