Alan Hutton has tipped Daniel Johnson to settle straight into the Ibrox dressing room if he joins Rangers from Preston North End this summer.

Speaking exclusively to Football Insider assistant editor Russell Edge, the former Gers defender, who was teammates with the 27-year-old at Aston Villa, believes the Championship star would be a valuable addition to Steven Gerrard’s squad.

As revealed by Football Insider, Rangers are in advanced talks to sign the attacking midfielder from Deepdale and are set to table a multi-million-pound bid.

Johnson came through the youth ranks at Villa Park, where he trained alongside Villa and Rangers favourite Hutton, before he joined Preston in 2015.

Hutton believes that the Lilywhites star would not only be a great character for Gerrard to add to his squad but an upgrade on some of the other playmaker options at the manager’s disposal.

Asked if Johnson would fit into the dressing room at Ibrox, “Oh yeah, he’s down to earth, willing – when he was with me he was a lot younger, he’s 27 now so he must have been 21, maybe, at the time.

“He didn’t quite make the breakthrough into the first team but very level headed, down to earth, willing to work hard, trying to improve. He wasn’t scared to move on. Villa is a big club and he wanted to move on to play first-team football.

“You can see in his performances week in, week out he plays at a high standard so he’s definitely someone I would like to see in the Rangers team, in the Rangers squad and I think he would improve them on what’s there.” 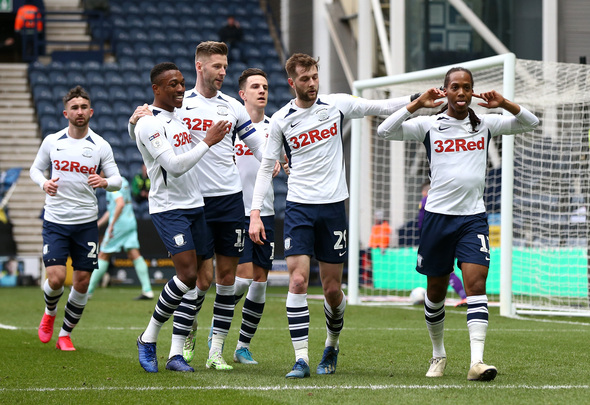 Johnson played just once for Villa before his exit but has gone on to chalk up 219 appearances, 43 goals and 26 assists for Preston.

He netted 12 times and set up a further eight goals for his teammates in 33 Championship games last season.

In other Rangers news, another Championship star has been urged to turn down a move to either Ibrox or Celtic.