Alan Hutton has leaped to the defence of Celtic ace Diego Laxalt after his dissapointing debut in the Old Firm derby on Saturday.

Speaking exclusively to Football Insider assistant editor Russell Edge, the former Rangers and Scotland full-back said it is too soon to make a judgement on the ability of the 27-year-old.

Laxalt started the 2-0 defeat to Rangers, his first game for the Hoops since his deadline day loan move from AC Milan. 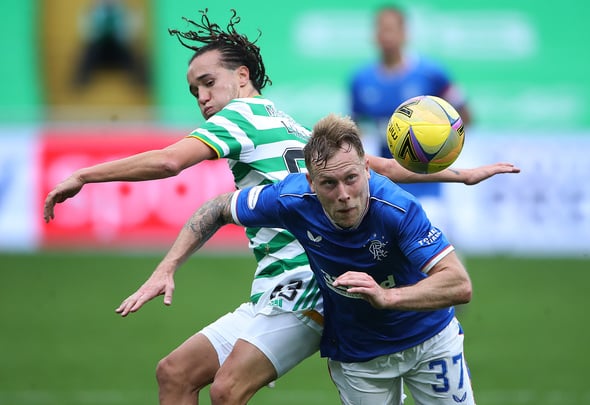 He made a mistake for Rangers’ second goal when he allowed Scott Arfield to get in behind him and provide a cross for Connor Goldson to double the Light Blues’ lead.

BBC pundit Michael Stewart criticised the Urugain on Sportsscene, he said: “I don’t know what he’s doing there. Diving in, and he is easily beaten with a one-two.”

Laxalt started against his parent club AC Milan in the Europa League on Thursday night and caught the eye with an energetic, creative display.

And Hutton believes that shows judging him on one game is not wise.

He told Football Insider: “Being thrown into that game as your first game is asking an awful lot. He did look energetic.

“He’s not played an awful lot of football, so he died out. A few times he put the ball into the box needlessly when you would expect a little bit more.

“I always think that its difficult when you’ve not played an awful lot to get thrown into such a big game.

“Tavernier had his number all day, he didn’t give him a sniff.

“I think Rangers played well and were tactically so good that they snuffed him out and didn’t allow him to be that attacking threat that I’ve seen through clips from what he’s done at other club. 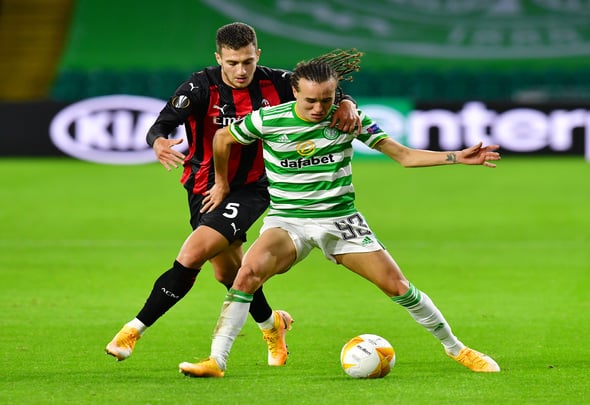 “It’s too early to judge. It would be very harsh to judge him on that performance.

“He’s not played a lot and to throw him into that, it’s very difficult. I’ll wait and we’ll see how he goes in the future.”

In other news, a Celtic 27-year-old who will be out for many weeks is a “massive miss”.