Alan Hutton has admitted he has been left nearly speechless after James Tavernier’s “fantastic” form for Rangers this season.

Speaking to the Daily Record, the Ibrox boss was left raving over the 29-year-old and claimed he was a “top-level” wing-back comparable to the likes of Kyle Walker and Glen Johnson. 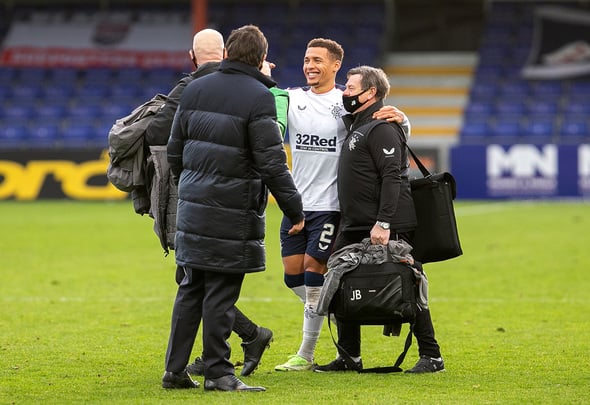 Tavernier took his goal-scoring tally to 16 on Sunday against Ross County, while he has chipped in with a further 11 assists.

Hutton has suggested the full-back had a point to prove after a dip in form at Ibrox and admitted he has been blown away by the way he has hit new heights for the Gers.

“Somebody, from right-back, who has scored 16 goals, 11 assists, he’s a captain, he’s a leader on the pitch and he’s really going from strength to strength at the moment.

“He had a dip in form but he just seems to have just said: “Do you know what? I’m going to prove to everybody how good I actually am’.

“He’s got better defending and Gerrard sees him day in, day out and he’s played with these other right-backs so he must be able to see comparisons. It’s some amazing praise from your manager and, look, it’s thoroughly deserved.

“I mean, every time he plays you literally think something’s going to happen, when he gets on that ball high up the pitch, you think there’s a high possibility of a goal being scored.”

In other news, Football Insider can reveal Ibrox star who dazzles in training in fight to save Ibrox career.