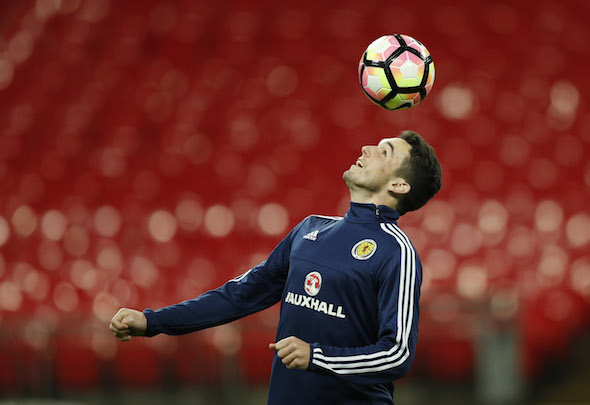 Aston Villa are poised to beat Celtic to Hibernian midfielder John McGinn with the player set for a medical at Villa Park, Football Insider sources understands.

Celtic have been chasing Scotland international, 23, all summer and have seen three offers rejected by Hibs.

A well placed source has told Football Insider Villa have now moved in for McGinn and have had an offer accepted by Hibs for the all-action midfielder as they look to lure him to England.

Hibs are resigned to selling McGinn this summer with the player in the final year of his contract at Easter Road.

Villa have been given permission to hold talks over personal terms with McGinn and for the player to undergo a medical at the Championship club.

The 23-year-old is regarded as one of the best young players in Scotland after impressing at Hibs since his arrival from St Mirren in 2015.

Losing out on McGinn’s signature would come as a major blow to Celtic boss Brendan Rodgers as he had lined up the player to replace Stuart Armstrong in Celtic’s midfield following Armstong’s departure to Southampton earlier this summer.

In other Aston Villa news, the club are involved in a major transfer hijack that would transform Bruce’s side.