Keith Hackett has called for Lee Mason to retire at the end of the season following his woeful performance in the FA Cup quarter-final between Newcastle United and Manchester City.

The former Premier League referee, speaking exclusively to Football Insider correspondent Kelham Hilton, claimed that the 48-year-old does not read the game well enough and is often “getting in the way of players”.

After 36 minutes Manchester City were awarded a penalty after Fabian Schar was adjudged to have pushed Gabriel Jesus to the ground. 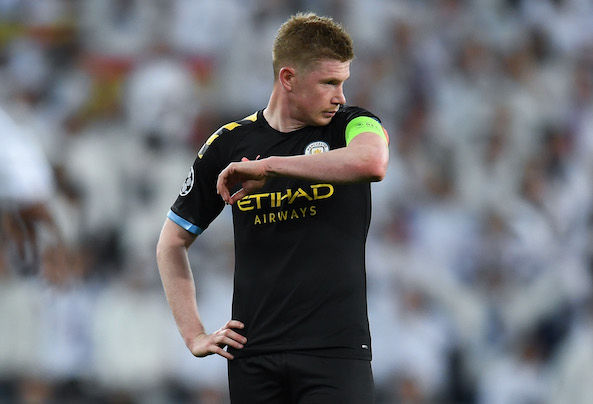 Kevin de Bruyne made no mistake from the spot and last season’s Premier League winners went on to win the game 2-0.

However, Hackett suggested Mason was fortunate VAR was in operation at St. James’ Park.

“Lee Mason was out of position and failed to detect a big push by a Newcastle United defender in the penalty area, he was dragged out of the mire by Andre Mariner who has acting as VAR,” he told Football Insider.

“I do think this referee should call his last season in the middle. Lee Mason is the longest serving referee on the panel and dare I say it’s about application and reading the game.

“Lee Mason is detached from play and getting in the way of players because even after a long time in the game he still suffers from an inability to read it accurately.

“We need to be seeing younger referees coming in at the elite level.

“It has already been proven with someone like Michael Oliver. His job has been recognised by UEFA to referee Champions League games. Oliver has proven to me that our pyramid system of how we promoted referees needs to be reassessed.”

In other Newcastle United news, Ashley has given the green light to multiple deals.