Kevin Phillips has questioned the attitude of Bali Mumba as the Sunderland teenager nears a move to Norwich City this summer.

The Stadium of Light legend, speaking exclusively to Football Insider correspondent Dylan Childs, was baffled as to why the 18-year-old failed to make an impact on the side given he was handed his debut two years ago.

Football Insider revealed earlier this week that the Black Cats have accepted a £500,000 bid from Premier League strugglers Norwich City for the defensive midfielder. 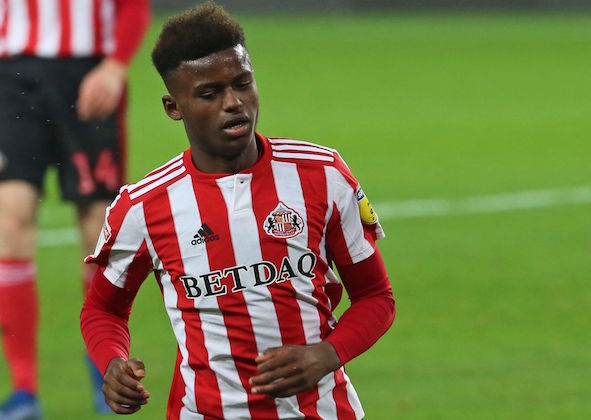 Mumba has made 17 appearances in Premier League 2 this season but has just one senior appearance to his name and is yet to feature under Phil Parkinson.

The academy graduate, who has one year left on his current deal, made his first team debut two years ago against Wolves in the Championship.

When asked by Football Insider why the midfielder failed to establish himself at the club, Phillips said: “It has been two years since he broke into the team so you start to worry about all sorts of things.

“Are they good enough? Have they got the right attitude? Do they train right? There are lots of things you have to take into consideration when discussing why he has not gone on to make more appearances.

“Phil Parkinson is an experienced manager. He did it with McGeady straight away – told him he was not in his plans.

“He showed potential when he first broke through. He has talent, an England youth international but maybe he has not full developed yet.

“Being at a club the stature of Sunderland and having to deal with the pressure that they have been under over the last two seasons may have been too much for him but I am only second guessing. It is a shame.”

In other Sunderland news, it can be REVEALED that the club have set their sights on newly-promoted striker.