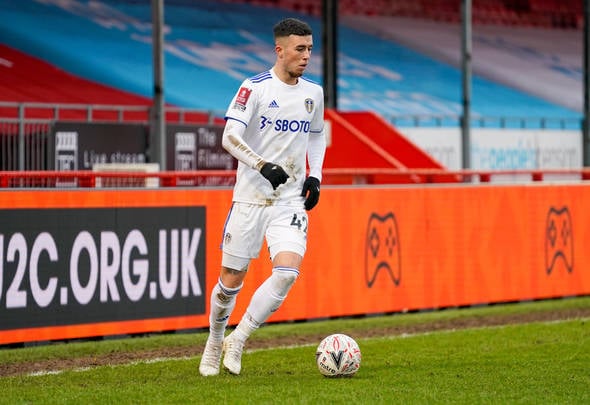 Swans boss Steve Cooper wants the 19-year-old to join him at the Liberty Stadium as he looks to add more firepower to his attack.

A source at Elland Road has told Football Insider that Swansea have enquired about taking Greenwood on loan and have offered various formulas to the Premier League club.

However, Leeds manager Marcelo Bielsa has made it clear he does not want to let the forward go this month.

Leeds United signed the striker from Arsenal last summer in a £3million deal, including add-ons.

He has excelled for the club’s Under-23s this season and has scored six goals in nine Premier League 2 appearances to date.

Greenwood was handed his senior debut by Bielsa earlier this month – a second half substitute appearance in the shock 3-0 loss at Crawley Town in the FA Cup.

However, he is yet to be included in a match-day squad for a Premier League fixture.

A product of Sunderland’s academy, Greenwood moved to Arsenal in July 2018.

The centre-forward starred for the Gunners’ Under-18 side where he registered 15 goals and six assists in 39 appearances.

Such form attracted the attention of Leeds and the striker moved to Elland Road on a three-year contract in August.

He is a current England Under-19 international, and scored a staggering 12 goals in 14 appearances for the Three Lions Under-17 side between 2018 and 2019.

Steve Cooper was manager of England’s Under-17s at the time, hence why the Swansea boss is keen to work with Greenwood again.

In other news, ‘It’s Leeds United, you can’t do it sensibly’ – Football Insider pundit reacts to huge news from Elland Road.