The Cruz Azul midfielder, 21, is a target for several European clubs after impressing for club and country over the last 18 months.

Sources at Leicester and Crystal Palace have told Football Insider they are weighing up moves this month for the Mexican international. 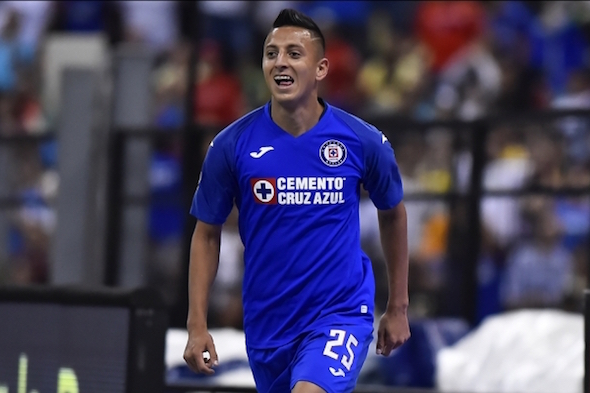 They face competition for Alvarado from Atalanta, Lyon and Dutch duo PSV Eindhoven and Ajax.

The source explained the versatile attacker is understood to be available for a fee in the region of £11million during this month’s transfer window.

That might be regarded in some quarters as a bargain for a player with an impressive pedigree at such a young age.

Alvarado is an established member of the Mexico national team and has already accumulated 18 caps for his country en route to helping them win the 2019 CONCACAF Gold Cup last summer.

He is a versatile attacker who can play in central midfield as well as anywhere across the front line.

Alvarado has previously been linked with a move to Manchester United and had a trial at Old Trafford when he was a teenager.

Palace boss Roy Hodgson is desperate to bolster his attacking ranks this month and Alvarado has emerged on his radar.

Leicester scouts have recommended the skilful schemer as someone who would fit Brendan Rodgers’ style of football.

In other Leicester City news, it can be REVEALED that Celtic are on the verge of beating Rodgers to forward signing as deal may even be finalised today.