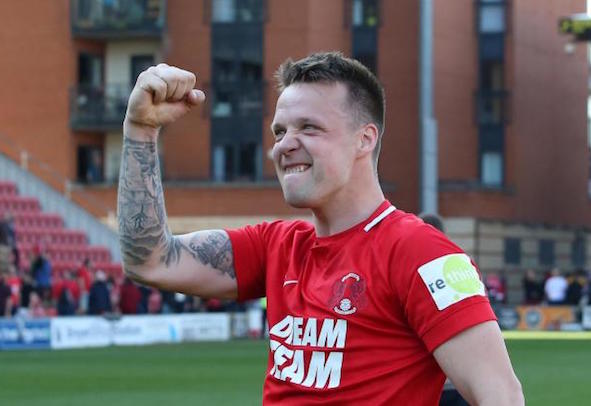 Leyton Orient defender Josh Coulson is in advanced talks to sign a new deal at the club, Football Insider understands.

Coulson has established himself as a key man at the League Two new boys since initially joining the club on loan from Cambridge in the summer of 2017 before making the move permanent the following January.

The 30-year-old is entering the final year of his contract at Orient and the club are ready to tie him down to a new two-year contract.

An Orient source has told Football Insider that discussions over a new deal for the 6ft 3in centre-back are advanced and an agreement is set to be secured imminently.

Coulson was an influential member of Orient’s promotion-winning side last season, making 42 appearances in the National League and chipping in with seven goals.

News of Coulson’s new deal will come as a welcome boost to Orient as they prepare to return to the Football League this weekend against Cheltenham Town.