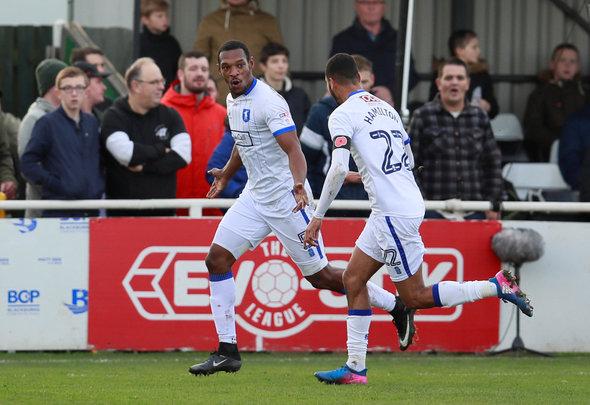 League One new boys Lincoln and League Two newcomers Salford are both looking to strengthen their defensive options before the close of the transfer window and have targeted a move for the Mansfield centre back.

Sources at Salford and Lincoln have told Football Insider that both sides have set sights on the 29-year-old after his impressive performances for the Stags, leading his side to the League Two play-off semi-finals last season.

Pearce is entering the final year of his contract at Mansfield and Lincoln and Salford are ready to test their resolve to hang onto the 29-year-old.

The former Birmingham man was an ever-present in the league for Mansfield last season, playing all 46 games of their regular campaign and both legs of their play-off defeat to Newport County.

His performances at the back earned him a place in the PFA League Two Team of the Year.

Pearce has established himself as one of the best centre-backs in the lower leagues, having made over 400 first-team appearances in his career to date, 223 of which have come in the fourth tier of English football.

In other Salford City news, Noel Whelan has tipped one player to make their first mark on English football at Moor Lane next season.