Kevin Phillips conceded Marko Grujic’s Liverpool career may be drawing to a close given the exceptional competition for places at Anfield.

The former Sunderland and Southampton striker, speaking exclusively to Football Insider correspondent Dylan Childs, suggested the club will already be working on a deal that will see the 24-year-old depart this summer.

In an interview with The Athletic‘s Jame Pearce, Jurgen Klopp’s first signing revealed he is in regular contact with Julian Ward, the Reds’ loan pathways and football partnerships manager.

Grujic signed a new contract in the summer of 2018 that see ties him down to the Premier League leaders until 2023.

The central midfielder has spent the last two seasons on loan at Bundesliga side Hertha Berlin and has scored 3 goals in 22 appearances so far this campaign.

When asked by Football Insider what the future holds for the midfielder on his return to Anfield this summer, Phillips said: “Where Liverpool are at the moment with this crop of players you would have to suggest it is one where he stays in Germany or goes somewhere else.

“Somebody in the Premier League may take a gamble on him but it has just not worked out for him.

“It would be great to see him come back and perform but I do not see it happening.

“In the background, I imagine they will be looking to do a deal. The kid might be happy at Hertha Berlin and he may end up staying there.” 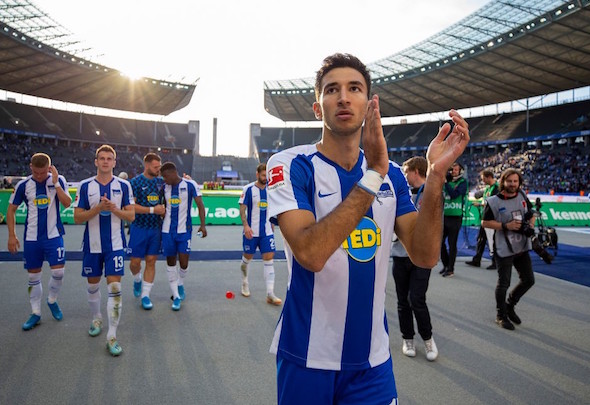 Despite entering his peak years the Serbia international has only mustered 14 appearances under Jurgen Klopp.

It appears a daunting task at Anfield with the likes of Jordan Henderson, Fabinho, Naby Keita, Georginio Wijnaldum, Oxlade Chamberlain and James Milner currently ahead in the pecking order.

In other Liverpool news, Noel Whelan has told Football Insider his verdict on the potential of a shock return for Raheem Sterling.