The Canada international, 21, came close to leaving Anfield during the transfer window that shut last Friday.

As revealed by this site, nine clubs were chasing Millar including six from the Championship who registered their interest – Stoke City, Millwall, QPR, Blackburn Rovers, Wycombe Wanderers and Rotherham United – as well as Dundee United, Rayo Vallecano and FC Zwolle.

A Liverpool source has told Football Insider the club are willing to offload Millar in the winter window amid major doubts he will make the breakthrough at Anfield.

He could not reach an agreement with any of his many suitors last week.

The youngster is now set to continue with the Under-23s for the next few months before he gets another opportunity to find a new club.

Millar played the full 90 minutes of Saturday’s 1-0 defeat at Brighton in what was his fourth start of the season for the Liverpool Under-23s.

He was highlighted as a “constant menace” to the Seagulls in the club’s match report.

Millar can play at centre-forward or on the left side of the attack, the position he has been occupying for the Merseysiders’ age-group side this season.

He had a spell on loan at Kilmarnock last season – his second at the Scottish club – and has played for them 36 times, scoring three goals and supplying two assists. 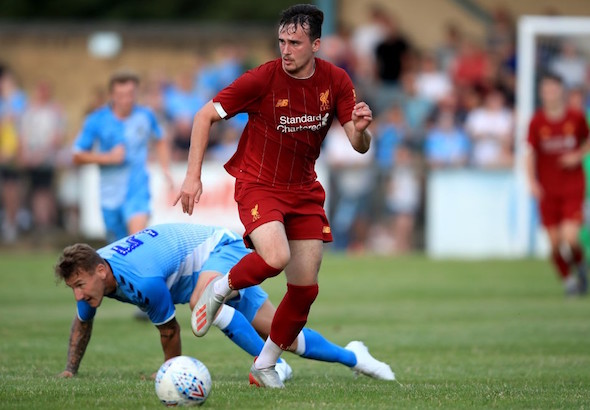 He has been capped eight times by the Canada national side but has yet to make his senior Liverpool bow.

At Anfield, Millar has a posse of world-class attackers blocking his path to the first team.

In other news, Liverpool have set their sights on signing centre-back but have one major doubt.