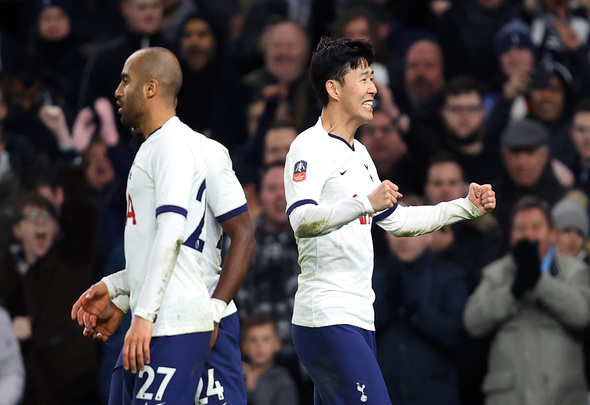 Michael Brown claimed the announcement that Son Heung-min will complete his national service later this month is “fantastic” news for Tottenham ahead of the season restart.

The former White Hart Lane midfielder, speaking exclusively to Football Insider, suggested it was vital the 27-year-old does not miss any more games having been sidelined for much of the season already.

The club confirmed on Monday that the Korean would commence and complete his mandatory national military service whilst the Premier League is suspended.

Son, who is currently quarantined in his home country, earned exemption from the mandatory 21-month conscription after helping South Korea win gold at the 2018 Asian Games but is still required to serve for four weeks.

When asked by Football Insider if now is the best time for the winger to complete his mandatory service, Brown said: “When your country calls you have got to go and do that. National service – it is one of those things.

“If it can be away from football – fantastic. It does not affect the Spurs side.

“There has been uncertainty over personnel because of how many injuries they have had. They will want him on the pitch as much as they can because they are still in that transition period.”

Football Insider understands the governing bodies are hopeful of a mid-June restart which would likely bring Son, and teammates Harry Kane and Moussa Sissoko back into contention.

Son has been sidelined since mid-February after he fractured his arm in Spurs’ dramatic 3-2 victory away to Aston Villa.

Jose Mourinho feared the versatile attacker would miss the remainder of the season but that was prior to the suspension of fixtures amid the coronavirus pandemic.

In other Tottenham news, Kevin Phillips has told Football Insider rule change, which stands to benefit Jose Mourinho, should be introduced.