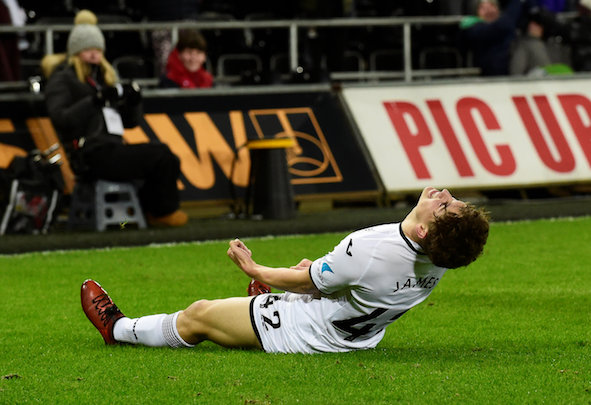 Everton were the latest Premier League club to express an interest in signing the Wales international this summer, but a United source has told Football Insider the 20-times title winners have put the rising star on their list of top targets.

Manager Ole Gunnar Solskjaer is looking to bring in exciting young British talent as he starts the process of overhauling the squad at Old Trafford and James fits the bill after a number of eye-catching performances for Swansea this season.

United feel they can lure the 21-year-old, who is out of contract in the summer of 2020, from Wales for a fee in the region of £10million.

James came within a whisker of signing for Leeds United on a loan-to-buy deal in January after agreeing terms and passing a medical.

The source explained Leeds still have a strong interest in James but fear they will be blown out of the water by the interest of the Premier League elite. United are desperate to add pace and width to their side for next season and being a home grown player makes James an even more attractive proposition to Solskjaer.

The wide attacker also emerged on the radar of several Premier League clubs after a stunning display against Manchester City in the FA Cup in March.

James’ impressive form has seen him break into the senior Wales squad this season following his impressive displays for Swansea and he scored the winning goal in March’s Euro 2020 qualifier against Slovakia.