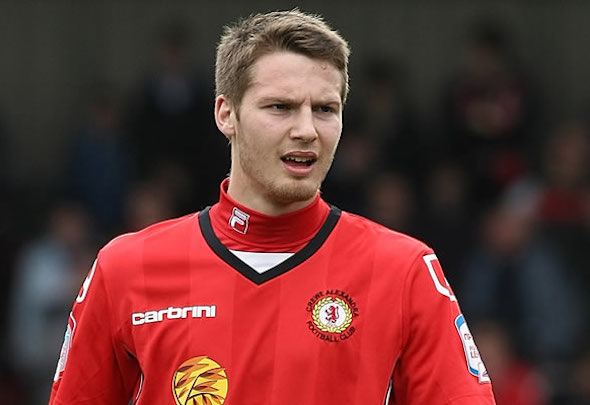 By Editor Wayne Veysey| Former Evening Standard, Press Association and Goal chief correspondent with 17 years experience of breaking big stories, including exclusives like this
Follow me on Twitter @footyinsider247
Former wonderkid Nick Powell will be allowed to leave Manchester United on a free next year as he faces a huge battle to save his career, Football Insider sources understand.
The 21-year-old has been frozen out at Old Trafford after making little progress during his three-and-a-half years at the club.
A senior United source has told Football Insider that Powell’s attitude and commitment to training has not been of the standard expected of a player at the club.
United will not offer the attacking midfielder a contract extension and he will be free to leave the Premier League giants for nothing when he current deal expires next summer.
Powell was the most highly-rated English player in his age group when United beat off interest from Manchester City, Chelsea and Tottenham to sign him in the summer of 2012.
He cost an initial £4million rising to a potential £6million but few of the add-ons have been triggered because the youngster has barely figured over the last three years.
The former Crewe man has made just seven appearances for the club, and scored only one goal.
Powell was sent out on loan by United boss Louis van Gaal to Leicester on deadline day in September last year after appearing in United’s shock 4-0 Capital One Cup defeat at MK Dons.


But the deal proved to be a disaster for former Leicester boss Nigel Pearson, who was so disappointed at the player’s time-keeping and attitude that he pulled the plug on the deal in January of this year just three months in to the agreement. Powell had made just three Leicester appearances.
He is listed as a first-team player on United’s official website but, tellingly, he was not given a squad number for this season.
Van Gaal has showed during his time at Old Trafford that he is not afraid of throwing youngsters into the first team – 18-year-old striker Marcus Rashford has been called up to the squad to face Watford on Saturday – but Powell is not in the manager’s thinking for a first-team place.