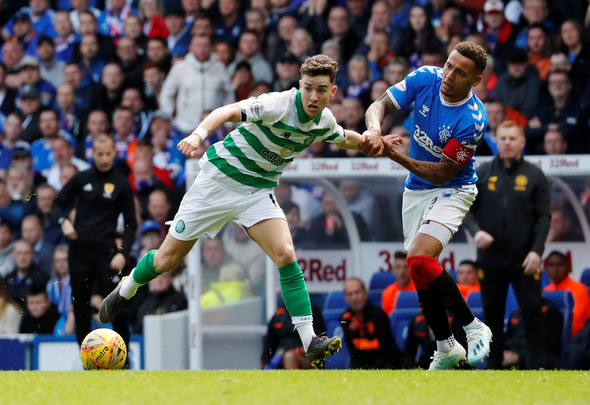 Jackie McNamara has named Celtic winger Mikey Johnston as the most improved player at Parkhead this season.

Speaking exclusively to Football Insider assistant editor Russell Edge, the former Hoops and Scotland international was left raving over the performances of the 20-year-old, who has established himself as a mainstay in Neil Lennon’s side in the early stages of the campaign.

The young starlet started just 11 games in his 23 appearances across all competitions last season but has already managed to feature eight times in the starting XI this term.

McNamara says that the Bhoys youngster has stepped up his game more than anyone else at Celtic Park this term, insisting that the rest of the senior squad have helped him lift his performances.

Asked who the most improved player was at Parkhead, McNamara told Football Insider: “It’s a tough one. Johnston, being a younger one.

“He’s had a very good pre-season, good early season. He’s got a lot of help from the senior players and he’s had a good pre-season with them, it will help him settle into the team.”

Johnston has scored three goals and chipped in with four assists in his 10 appearances across all competitions, although he was forced to miss Saturday’s showdown with Hamilton through injury.

He will be hoping to bounce back ahead of Thursday’s Europa League group stage clash away at French side Stade Rennais.

In other Celtic news, Alan Hutton has revealed to Football Insider what he has heard about a player the Hoops were beaten to by their rivals this summer.